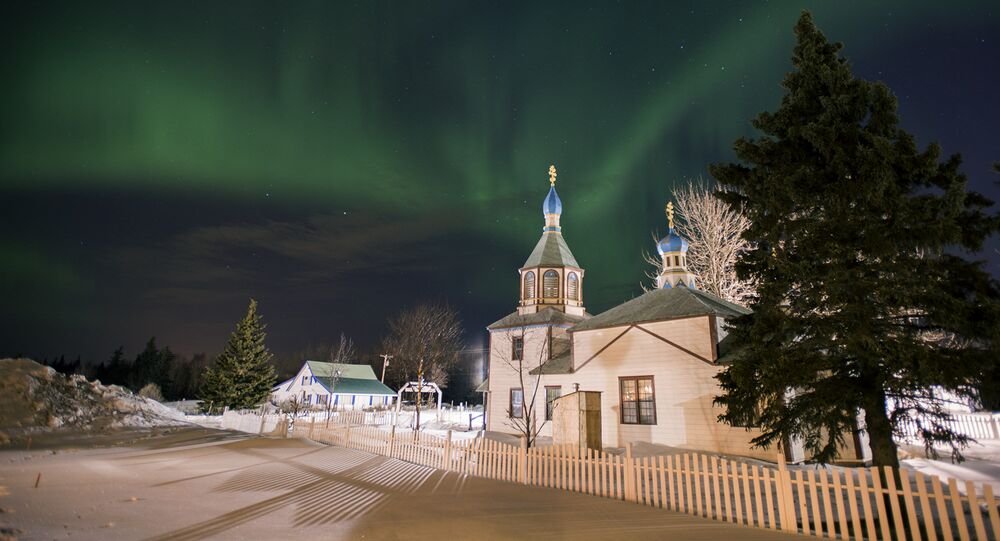 People in Siberia were stunned Thursday night by a one-in-a-kind spectacle: a huge glowing ball rising up in the sky. What was it? A UFO? A portal to a different dimension?

"I went out to smoke a cigarette and thought it was the end of the world," said Vasiliy Zubkov, according to the Siberian Times.

The website published spectacular photos by Sergey Anisimov, a photographer from the northernmost city of Salekhard.

"'At first I was taken aback for a few minutes, not understanding what was happening," Anisimov told the Times.

"The glowing ball rose from behind the trees and moved in my direction," he explained. "My first thought was of a very powerful searchlight, but the speed [the spectacle] changed everything around changed [my] idea."

'I thought it was the end of the world': Enormous glowing ball over northern Siberia sparks… https://t.co/uWOHZkYlc3 pic.twitter.com/PXpKLMvDfW

© Photo : Pixabay
Passenger Jet in UFO Scare at UK Airport, Official Report Confirms
​The photographer explained that the strange round object then turned into arc and slowly dissipated. When he returned home, he overheard some children somewhere at the age of 5 talking about "aliens" and "the portal to another dimension."

Another photographer, Alexey Yakovlev, also had a chance to capture the stunning sight from the town of Strezhevoi, located 840 kilometers to the south, in Tomsk Region.

"[A]t first I thought — it is such a radiance of such an unusual form — round in shape," he said. "But gradually the ball began to expand, it became clear that this is not some radiance… and it became scary…"

"It's good that I was not alone… a group of people cannot hallucinate," he joked.

Some internet users proposed wild theories regarding the nature of the object — including, of course, aliens, and "a gap in the space-time continuum."

The real nature of the phenomena, though, is both much simpler and much more complicated.

According to Russian Defense Ministry, that night exercises by Russian Strategic Missile forces took place at Plesetsk cosmodrome. There were several launches towards Kura proving grounds on Kamchatka peninsula, the Siberian Times reports. But the launches coincided with Aurora Borealis — or Northern Lights — and it seems like the burning rocket fuel somehow distorted the celestial effect.