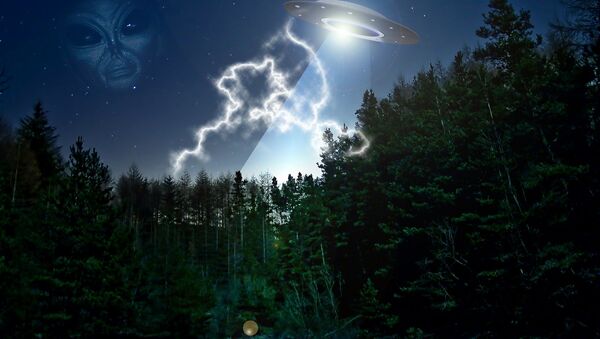 A passenger aircraft had a narrow miss with an unidentified object at a British airport, an official report has revealed.

An official report by the UK Airprox Board released on September 1, said investigators were unable to establish what the object, passing less than 200ft away from an Airbus A320, which was making its final approach into Glasgow Airport in Scotland, was.

As the jet was attempting to land, the pilot of the aircraft described seeing an "orange light" as they prepared to touch down at 1.50am on May 29, 2017.

He said it was probably a drone, but investigators have now confirmed it as an "unknown object."

There was no time to take any action to avoid the item, which was traveling in the opposite direction, the captain later reported.

Five days later, the pilot of an offshore helicopter was forced to take action to avoid a large helium balloon, after it unexpectedly appeared near Portsoy, Aberdeenshire.

The safety of the S92 chopper was put at risk during the incident, according to another Airprox Board report following the investigation.

The latest incident at Glasgow is, in fact, the second of its kind to be reported there.

In December, 2013, an airliner carrying 180 passengers over Scotland came within just 300ft of colliding with a UFO, an official probe confirmed.

The unidentified flying object — described by the flight crew as "blue, yellow and silver" — loomed ahead of the jet. Then it flew underneath the aircraft before the pilot had time to react.

​Both pilots on the plane reported seeing the object ahead when the aircraft made its final approach into Glasgow International Airport.

"Not quite sure what it was, but it's definitely quite large and its blue and yellow," one of the pilots immediately told air traffic control.

He filed a report when he eventually touched down, and classified the risk of collision as "high."

The incident is recorded in an official report by the UK Airprox Board, who probe near-misses.

​While air traffic control at Glasgow said they could see nothing else in the area at the time of the incident, the control center at nearby Prestwick Airport in Ayrshire, did detect an "unidentified track history" 1.3 nautical miles east of the A320's position 28 seconds earlier.

The traffic collision avoidance system on the plane detected nothing.