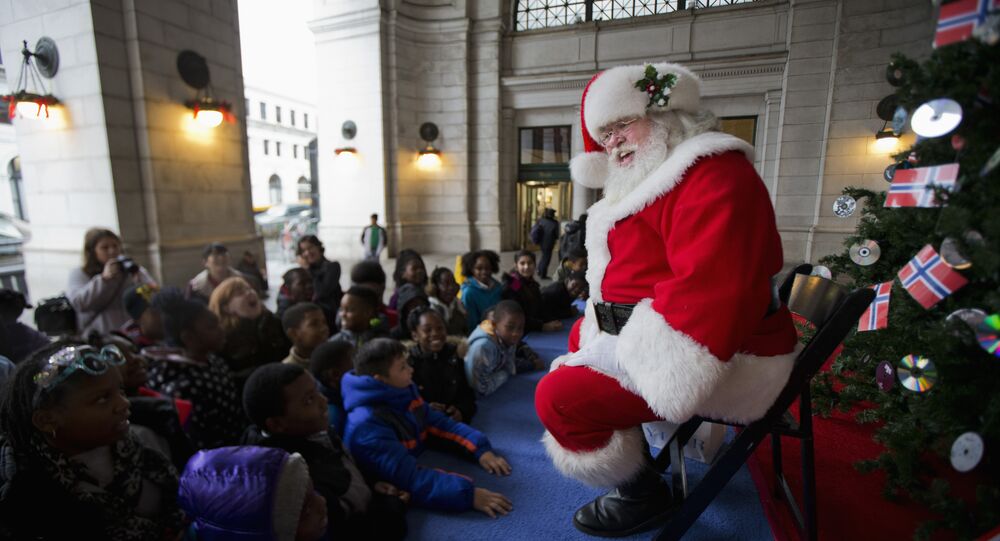 A Norwegian school has triggered a hot debate on issues such as religion, tolerance and inclusion with its appeal to parents to choose appropriate Christmas hymns to avoid offending the country's growing non-Christian population.

Parents of pupils at Nylund School in the city of Stavanger have been urged to fill in questionnaires in order to allow their kids to participate in this year's Christmas service, and also to choose Christmas carols they deem suitable and inoffensive. This step has led to strong reactions in Norwegian social media.

"When the nights are long and the nonsense sets in, Nylund School struggles to be reasonable," user Brynjar Meling tweeted.

Even the Human-Ethical Association in Stavanger argued it was unnecessary to regulate which songs are to be sung at Christmas.

In an interview with the local daily Stavanger Aftenblad, Raja stressed that Muslims, Jews, non-believers and humanists can all take part in Norway's traditions, which are not necessarily Christian.

Raja admitted that his own children sing "Lovely is the Earth" and "We wish you a merry Christmas" every year, arguing that this tradition could not possibly trigger Norway's religious minorities.

"This is about traditions and cultural heritage. Christmas is a very cozy time, and carols are a big part of this," Raja argued, adding that "no one becomes a Christian simply by chanting Christmas carols."

Raja stressed that the religious debate is reignited on a virtually annual basis at around Christmas time. Last year, "Lovely is the Earth" was discussed in the Norwegian parliament, drawing the attention of Culture Minister Linda Hofstad Helleland, among others, something which Raja described as "hypercorrectness."

Last year, the same Nylund school was criticized for not allowing children to sing "Lovely is the Earth," a 1850 carol written by Danish hymnist Bernhard Ingemann, and altering a number of other songs to remove all references to Santa Claus and elves. The Christmas celebration itself was renamed "December gathering" for reason of political correctness.

According to a 2013 poll by Norstat for the Vårt Land newspaper, 68 percent of Norwegians supported the idea of school-arranged Christmas masses, while only 14 percent opposed it.

© CC0
With Flying Colors: Convicted Swedish Flag Desecrator Rewarded With Royal Medal
In Norway's neighbor Sweden, a 2011 school law explicitly prescribed public schools to be non-confessional, which led to a controversy over its consequences for the Nordic country's traditions of celebrating Advent, Lucia or Christmas. Despite a petition signed by tens of thousands of Swedes, the then-Education Minister Jan Björklund argued that common prayers would constitute a violation of the law.