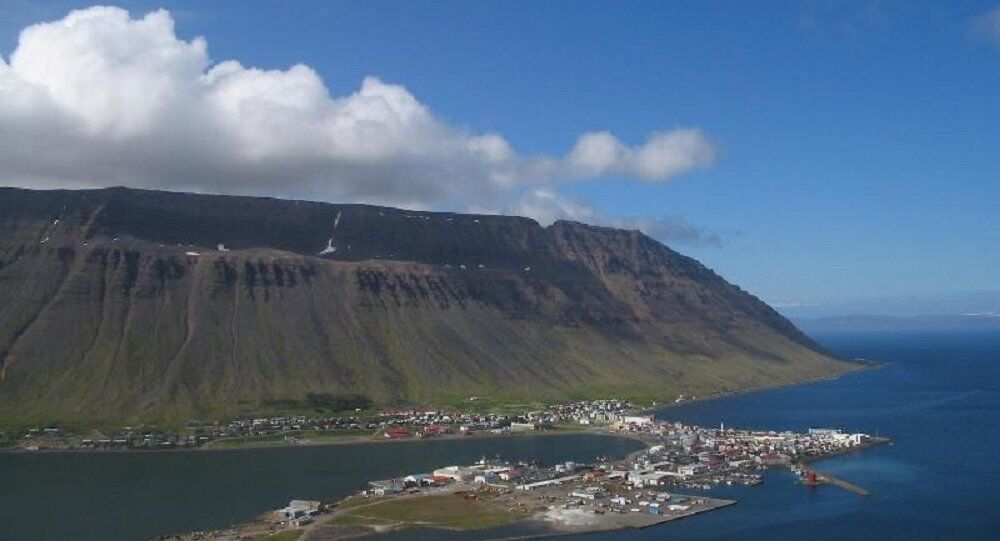 A 3D crosswalk that seems to be "floating in the air" has appeared in the Icelandic town of Ísafjörður. With this optical illusion, the first of its kind in the island nation, the authorities hope to drive some sense into speeding motorists.

The three-dimensional crosswalk is painted to look as if it was hovering over the street and is intended to slow down traffic and reduce driving speeds in the narrow residential streets of the fishing town of Ísafjörður located in the Westfjords.

By his own admission, Ísafjörður's environmental commissioner Ralf Trylla came across this idea while investigating innovative ways of slowing down traffic speed, being unhappy with the present speed limit in the narrow residential streets of downtown Ísafjörður, which is set at 30 kilometers per hour (18.6 mph).

© REUTERS / Thomson Reuters Foundation/Thin Lei Win\n
Icelanders Cheer as Man Gets Revenge on Public Pooper's Car by Smearing his Car
It only took the 3D illusion enthusiasts several weeks from getting the idea to receiving all the correct permits from the Police and the local traffic authority. In the meantime, Halldórsson and Trylla practiced 3D painting to come up with the most realistic depiction possible.

Manager Gautur Ívar Halldórsson of the road painting company Vegmálun GÍH admitted to the local news site Vísir that the idea was borrowed from the Indian capital of New Delhi.

The Ísafjörður municipal council has not yet decided whether 3D crosswalks will become more commonplace, but admitted that more might indeed follow, once the experiment proves successful.

​So far, however, the glitchy crosswalk has become a popular selfie destination among curious locals and snooping tourists.

With a population of about 2,600, Ísafjörður is a town in the northwest of the Westfjords peninsula and the seat of the Ísafjarðarbær municipality. Ísafjörður's main industry is fishing, and the town has one of the largest fisheries in Iceland. It hosts a number of festivals annually, including music festivals the Ísafjörður Rock Festival and Við Djúpið and the theater festival Act Alone, as well as the European Swampsoccer Championships.

​Previously, 3D crossings to discipline reckless drivers have been employed in Georgia, China and Kyrgyzstan, among others.

3D zebra crossing is seen in Changsha, C China, designed to alarm drivers as they drive across intersection pic.twitter.com/D4Vf5XICEa

Not So Fast! Man Denied Icelandic Citizenship for Speeding