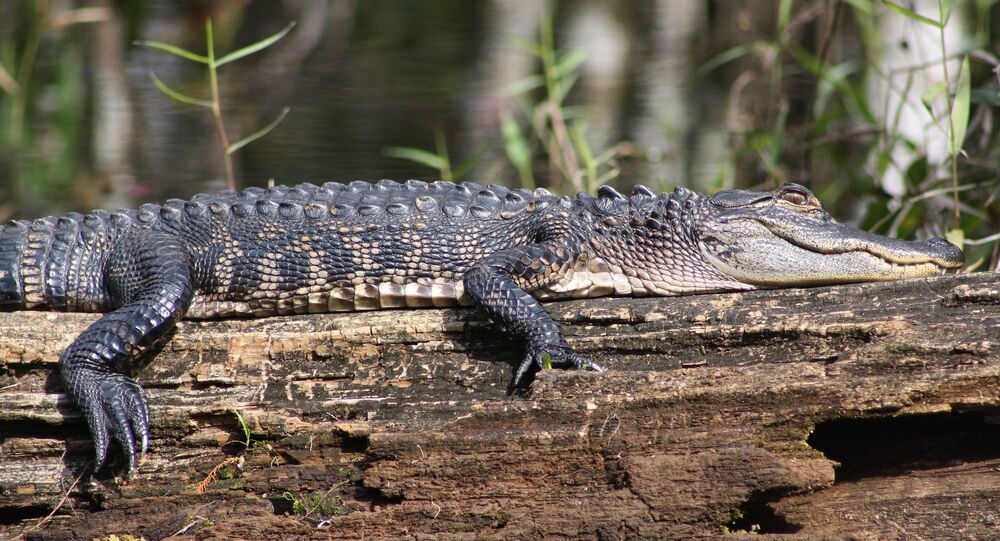 A suspect stole a baby alligator from a mini golf park on Thursday and was torturing it by hitting the reptile on the ground. The man told the police that he was “teaching it a lesson.”

The offender, William Hodge, 32, was spotted by law enforcement officers late at night carrying the alligator. The man was arrested after he tried to throw the reptile onto the roof of his home, a structure that also reportedly served as a bar, and then “slammed it on the ground by its tail.”

“Hodge was charged with five offenses, including the felonies of Animal Cruelty, Possession/Injury of an Alligator, and Burglary,” the statement reads.

The assaulted animal was returned to the Congo River Golf, where it belongs.