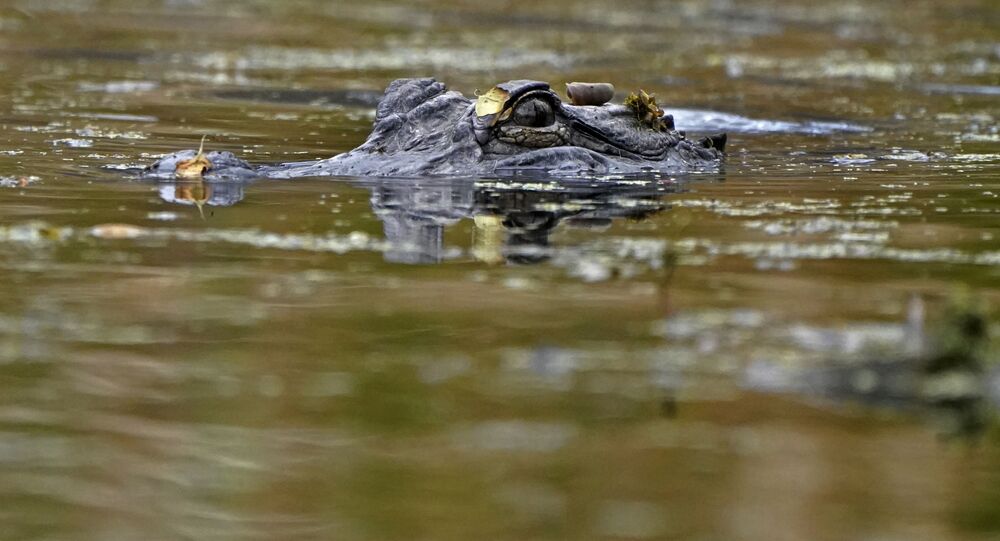 On Facebook, the Sheriff's Office said that at about 3:30 am local time on Wednesday, it received reports of an alligator in the lobby of a local post office. The animal had apparently just wandered in through the front doors to chill out.

A visitor to a Florida post office was greeted by a rather shocking sight: an alligator that was calmly loitering in the lobby, the Hernando County Sheriff's Office said.

The picture of the alligator, which appears to be a relatively small-sized reptile of about 7 feet in length (2.1 meters), given their maximum possible sizes, was included in the message.

The reptile was just strolling around the foyer, according to a patron who was attempting to mail a parcel at the time.

"This post office location features automatic double doors that allow entrance into the lobby," the Sheriff's Office added. And, as stated on the post location's page. The lobby also operates 24/7, so there is no question as to how the alligator got into the building.

According to the Facebook post, a trapper was dispatched to the site and the alligator was securely removed.

The followers of the Sheriff Office's Facebook page reacted to the incident in good humor, with most of them noting that the alligator only came to receive his mail, took his place in line, and was just relaxing while waiting for business hours to open.

"He's got postcards to send to family back home. Mind your business," one of the users wrote.

Other residents of Florida were quick to share their stories of personal encounters with representatives of the local fauna at places not originally intended for use by reptiles.