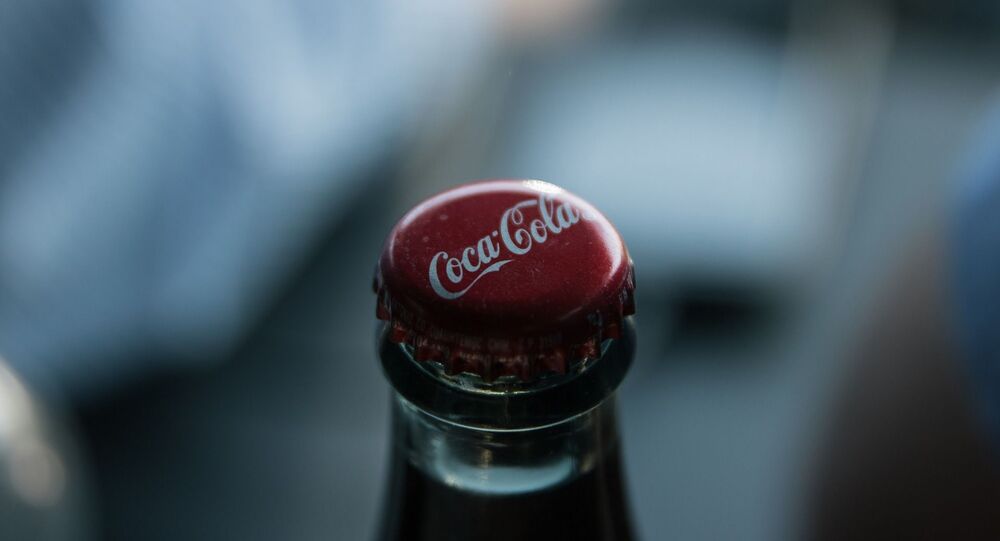 Earlier, high-profile American businesses were criticized by some advocacy groups and activists for being too involved in politics and promoting a so-called 'woke' agenda and 'reverse racism.'

A little-known non-profit advocacy organization, Consumers’ Research, has purchased series of expensive advertising campaigns to rebuke what they refer to as Coca-Cola’s “woke” political agenda, FOX Business reported on Thursday.

The campaign includes a commercial that will be cast in Atlanta, a new website, AlwaysWokaCola.com, and portable tabloids attached to trucks which will drive around Coca-Cola's headquarters, its museum and the Georgia State Capitol for 28 days. The campaign has reportedly cost in the seven figures.

"Today, we are launching AlwaysWokaCola.com and the accompanying ads as a satirical reminder to Coke to focus on their consumers, not woke politicians," Will Hild, executive director of Consumers' Research, noted.

The ad addressed Coca-Cola’s contribution to mass obesity and other diseases in the US and a bill, lobbied for by Coca-Cola and other big companies which aimed to prohibit allegations of forced Muslim labour in China’s Xinjiang Province.

"The company has taken its eye off the well-being of the customer," Hild said. "Their products continue to contribute significantly to childhood obesity, they have sourced sugar from companies in China reportedly using forced labor, and they have such poor quality control that racist directives, like' 'be less white' are included in staff trainings."

Hild referred to what he termed the company’s "reverse racism," in an optional online diversity training seminar for employees, where they were reportedly called upon to “be less white.” Hild expressed his personal hope that the Consumers’ Research ad purchases would "serve to amplify the voice of consumers fed up with how the company is failing them and as a warning to Coke and other companies."

"Any corporation who decides to distract from their misdeeds by taking radical positions on political and social issues that are unrelated to their business to garner positive praise from woke politicians and press is on notice, it’s not going to work," Hild was quoted as saying.

It isn’t Coca-Colas first public criticism. In March, GOP activists in Georgia called for a nationwide boycott of the company after the firm expressed its opposition to Republican-led restrictive voting legislation initiatives in Georgia, where the company is head-quartered.

The criticism has targeted other companies for being becoming involved in political narratives. In May, Consumers’ Research purchased an ad campaign against American Airlines, Coca-Cola and Nike, demanding that they refrain from “getting political.” The ad campaign was released after a number of company CEOs made critical remarks related to newly-imposed restrictive voting laws in Texas and Georgia, characterized by Republicans as measures to ensure election integrity.