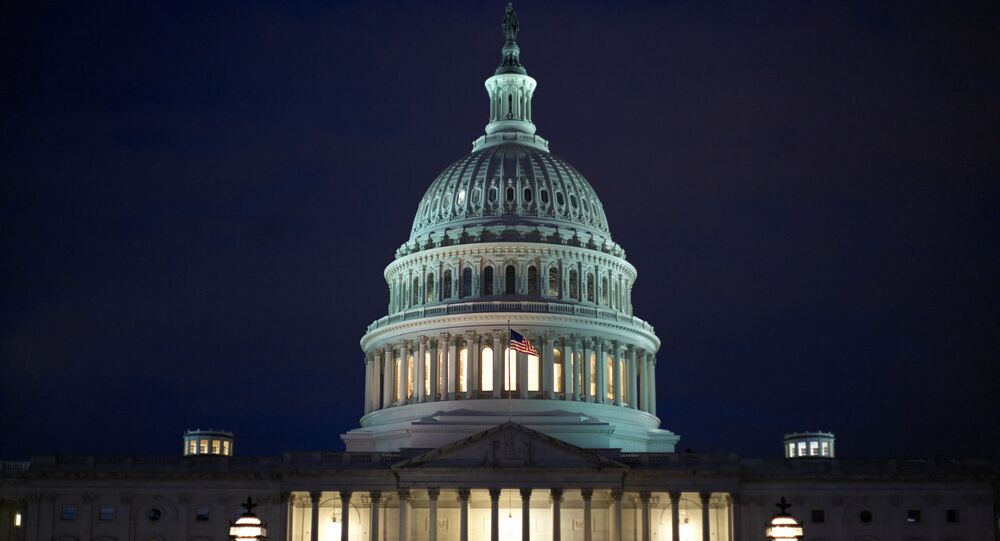 Earlier Tuesday, US President Joe Biden declared that the US is facing "the most significant test of our democracy since the Civil War" as GOP state lawmakers continue to put forward legislation to restrict the average voter's access to the ballot box. Biden's comments came alongside a tense battle over Texas' voting reform bill.

With a 18-4, party-line vote on Tuesday, Republican lawmakers in the Texas Senate passed Senate Bill 1, despite only having 22 of its 31 members present. The remaining nine members traveled to Washington, DC, with their counterparts in the Texas House of Representatives.

Unlike the Texas House, the Senate was able to maintain quorum and vote on the proposed legislation authored by Republican Texas Sen. Bryan Hughes.

Hughes rejected pushback against his "common-sense reforms" on Tuesday.

"This bill is about making it both easy to vote and harder to cheat," he said, arguing that the bill had been misconstrued amid the "horrible, misleading, false national debate coming out of Washington."

However, according to Democrats in the Texas Senate, SB1 will roll back a number of measures implemented that made it easier for underrepresented communities to have their voices heard. The bill, in part, calls for enhanced access for partisan poll watchers, a ban on 24-hour voting locations and additional identification requirements for absentee voting.

"Rather than continuing to fruitlessly debate Republicans who refuse to legislate in good faith, Texas Senate Democrats decided to take matters into their own hands in order to secure the voting rights of Texans — especially voters of colors, seniors and those with disabilities — and work with our partners at the federal level to pass voting rights legislation that would rein in discriminatory voter suppression laws and unfair redistricting practices," wrote the Democratic senators who fled the state to push for federal voting reform legislation.

Though the bill has been passed in the Texas Senate, it will remain in limbo until the Texas House reaches quorum.

Amid the lawmakers' trip to the US capital, Biden delivered a speech in which he panned the GOP state lawmakers' reform bills as the "21st Century Jim Crow assault." He asserted that Republicans are attempting to bully voters and capitalize off unfounded fears of US election security via new legislation in some 17 states.

During a Tuesday meeting with Democratic lawmakers from Texas, US Vice President Kamala Harris reassured the legislators that "defending the right to vote is as American as apple pie."

"I know what you have done comes with great sacrifice, both personal and political," Harris told the lawmakers. "You are doing this in support and defense of some of our nation’s highest ideals."

At the same time, Texas Governor Greg Abbott and members of the Texas House of Representatives have expressed intent to hold their fellow lawmakers responsible for ditching their duties earlier this week.