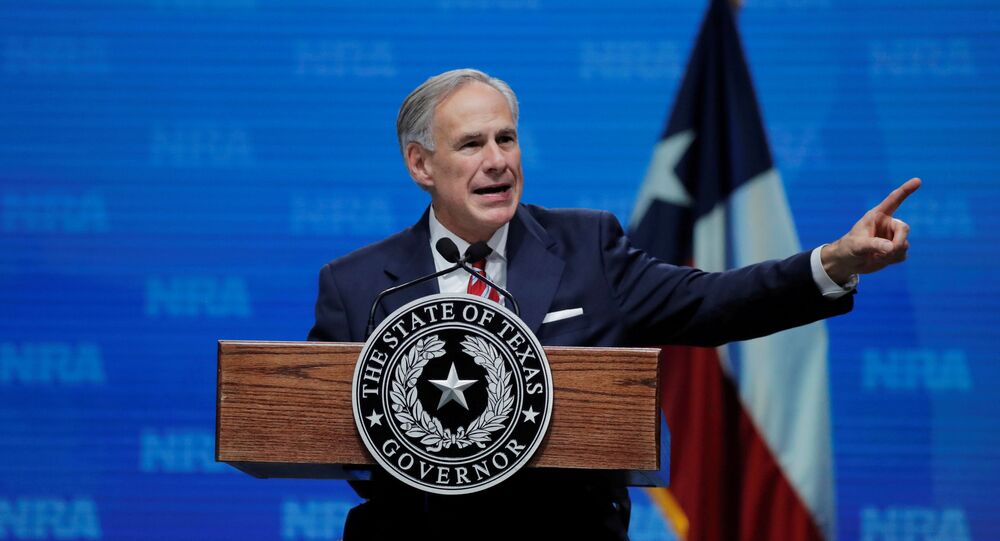 Dozens of members of the Texas House of Representatives traveled to Washington, DC, on Monday in an effort to break quorum in their chamber. The lawmakers issued a joint statement declaring they were specifically protesting GOP-backed voting reform legislation that seeks, in part, to enhance mail-in voting restrictions and ban drive-thru voting.

With 57 Democratic lawmakers missing, the Texas House of Representatives quickly established that it lacked the two-thirds quorum needed to vote on a number of bills backed by GOP lawmakers, including the voting reform bill dubbed 'House Bill 3.'

Soon after, Republican Texas Rep. Will Metcalf, chairman of the Texas House Administration Committee, issued a "call of the House," which passed with a 76-4 vote. The four votes opposed came from the remaining Democrats in the Texas House.

Metcalf then called for a vote to track down and potentially arrest the 57 lawmakers who traveled to DC on Monday.

"Members, the sergeant-at-arms and the officers appointed by him are directed to send for all absentees whose attendance is not excused for the purpose of securing and maintaining their attendance — under warrant of arrest, if necessary," he said.

The matter passed with another 76-4 vote.

© REUTERS / Kevin Lamarque
Democratic members of the Texas House of Representatives speak at the U.S. Capitol in Washington

The Texas House's vote came hours after Texas Governor Greg Abbott (R) said that the lawmakers who traveled to the nation's capital "on this taxpayer-paid junket" need to be "prepared to do it for well over year."

"As soon as they come back in the state of Texas, they will be arrested, they will be cabined inside the Texas Capitol until they get their job done," he warned in a live Monday interview with local outlet KVUE. "Everybody who has a job must show up to do that job, just like your viewers on watching right now. State representatives have that same responsibility."

Despite threats from Texas Republicans, including the state's governor, it remains to be seen what can be done to individuals outside of their jurisdiction.

Democratic Texas Rep. Jasmine Crockett asserted to CNN on Tuesday that she and her colleagues would only be detained, at most.

"I know the law, and the governor knows the law as well ... I'm a criminal defense attorney and so I understand that I've not committed a crime, so I can't get arrested. The most that could happen is I could be detained," she said. "And it's not the governor that gets to make that decision, it's the Speaker of the House."

"I'm not worried about the threat of being arrested," Crockett emphasized.

Governor Abbott just said he’ll arrest us if we don’t come back to pass his voter suppression bill.

The Democratic Texas lawmakers have pledged to remain outside of Texas until August 6, the end of the current special legislative session. It is possible that Abbott will convene another special session.

In a Monday statement, the lawmakers acknowledged they were "living on borrowed time in Texas" and need Congress to pass the 'For the People Act,' which calls for the nationwide implementation of same-day, automatic voter registration. It also seeks to ​conditionally restore the voting rights of felons and to limit gerrymandering.

"Today, Texas House Democrats stand united in our decision to break quorum and refuse to let the Republican-led legislature force through dangerous legislation that would trample on Texans' freedom to vote," the lawmakers' joint statement read.

US President Joe Biden delivered a speech on Tuesday in support of the 'For the People Act' and similar state legislation that seeks to expand voters' access to the ballot box.