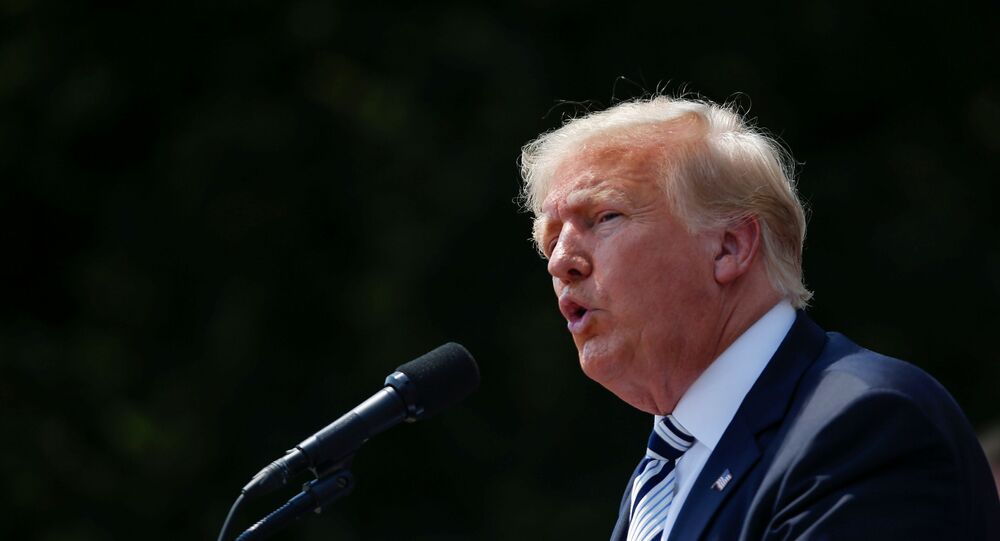 Earlier this week, Trump filed lawsuits against the social media giants, alleging "censorship resulting from threatened legislative action" and "willful participation in joint activity with federal actors." In a Thursday op-ed in the WSJ, Trump justified his effort by arguing that such alleged private-state collaboration is "unconstitutional."

Former President Donald Trump has maintained his crusade against tech leviathans he believes are unjustly suppressing him, claiming on Sunday that what Twitter, Facebook, and YouTube are doing is the equivalent of Democratic campaign contributions.

In an interview with Fox News "Sunday Morning Futures," Trump again spoke in favor of repealing section 230 of the Communications Decency Act, which for the Big Tech companies is like "getting the biggest subsidy that any company has ever gotten from a government."

"They’re immune from so many different things, but they’re not immune from this lawsuit because what they’ve done is such a violation of the Constitution. A violation like we’ve never seen before," he said.

While the First Amendment to the US Constitution only applies to government actors, not corporations, Trump is seeking to connect the two by arguing that corporations have been carrying out government officials' orders.

"They work with the Democrats. It’s a Democrat machine; it should be a campaign contribution," the ex-president noted.

Trump believes that the continuing censorship of him, including the suspension of his accounts, is hindering his ability to campaign for fellow conservatives running for office in 2022. He also added that it has harmed his ability to build the infrastructure for a potential presidential run in 2024.

As part of his ordinary public play, Trump again teased that he knows whether he will run for president again, but he just "can’t reveal it yet" due to campaign finance concerns.

© REUTERS / EDUARDO MUNOZ
Trump Says Suing Big Tech Because It 'Teamed up With Gov't' to Censor Free Speech of Americans
On Thursday, Trump stated that the main purpose for his class-action lawsuits was "to restore free speech for myself and for every American," as Big Tech have become "increasingly brazen and shameless" in terms of controlling discourse on their platforms.

The class-action suits stress that the companies rely on Section 230 protections, which protect them from lawsuits based on user statements while allowing them to moderate content that is "obscene, lewd, lascivious, filthy, excessively violent, harassing, or otherwise objectionable," despite the fact that it is shielded by the Constitution.

Trump claimed in the lawsuits that Facebook has "worked directly and in concert with" the CDC and National Institute of Allergy and Infectious Diseases Director Dr. Anthony Fauci "to advance only the narrative that Defendants and Dr. Fauci subscribe to." Emails between Fauci and Facebook CEO Mark Zuckerberg obtained through a Freedom of Information Act request support such claims, according to Trump.

The former president is expected to participate at the Conservative Political Action Conference in Dallas, Texas on Sunday.