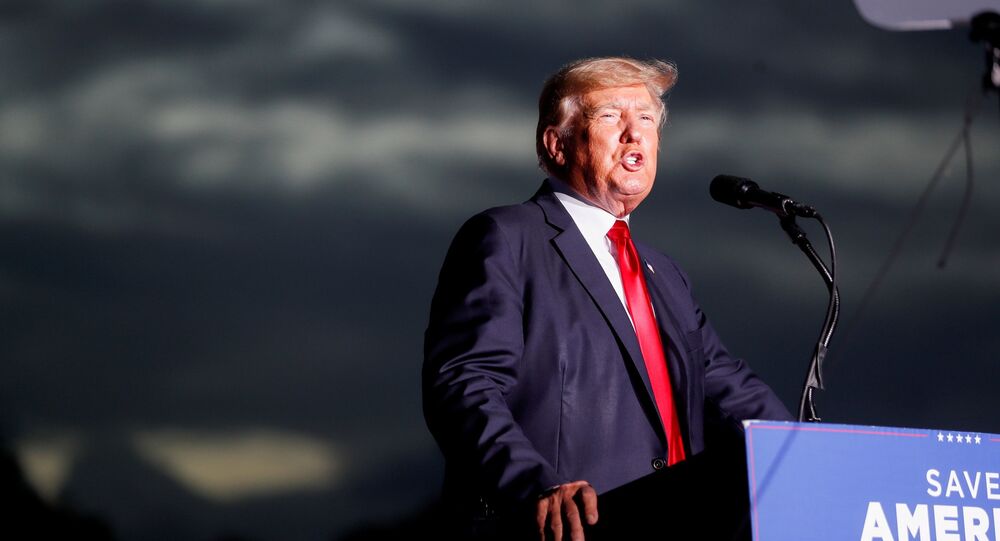 The former president's accounts on the two social media platforms were either banned or indefinitely suspended after he was accused of triggering the 6 January Capitol riot. POTUS was later acquitted of charges of inciting insurrection, but his accounts remained blocked by the social media giants.

Former US President Donald Trump filed a class action lawsuit on 7 July targeting Facebook, Google, and Twitter, as well as their CEOs – Mark Zuckerberg, Sundar Pichai, and Jack Dorsey, respectively. The lawsuit was filed with the US District Court for the Southern District of Florida by Trump in concert with a group of "brave patriots", whose First Amendment rights were violated by the defendants, according to the America First Policy Institute (AFPI) non-profit organisation, which supports the former Republican president.

The court battle will be led by the non-profit's "Constitutional Litigation Team", the AFPI announced.

"Protected by an outdated and misinterpreted Section 230 of the Communications Decency Act, these elites and their firms ride roughshod over some of the most fundamental American rights: the right to speak, the right to be heard, and the right to democratic representation", the AFPI said.

The non-profit also invited people to share their stories about how their First Amendment rights have come under attack by Big Tech on a special website. The AFPI did not clarify if these stories might be used in the legal battle against the three companies and their CEOs.

Commenting on the lawsuit, Donald Trump noted that he and his legal team are not looking for a pre-trial settlement with the three companies and their CEOs, vowing to fight in court.

Relations between Donald Trump and “Big Tech” were strained during his presidency as he accused social media platforms of trying to censor him. The relations between the two started to grow especially complicated ahead of the final stage of his presidential campaign after Facebook and Twitter began marking some of POTUS' posts as containing unreliable information or outright lies.

The two platforms, as well as several other services, banned or suspended Trump's social media accounts following the events of 6 January at the Capitol under the pretext that the president's posts risked inciting violence in the country. Even though POTUS won a Senate trial on charges of inciting insurrection with his speeches and claims of election fraud, the two social media platforms kept their measures in place. Facebook's Oversight Board, however, mandated that the company ditch its "indefinitely suspended" status for Trump's account and either outright ban it or restore it. Facebook promised to make a decision in the near future and set Trump's suspension term to two years until a solution to the issue is found.

Trump and his supporters have repeatedly slammed his bans and suspensions on social media platforms as censorship and as an attempt by Big Tech to silence conservative voices. Facebook and Twitter deny being biased against conservatives and insist that their actions against Trump were only aimed at preventing the risk of violence.