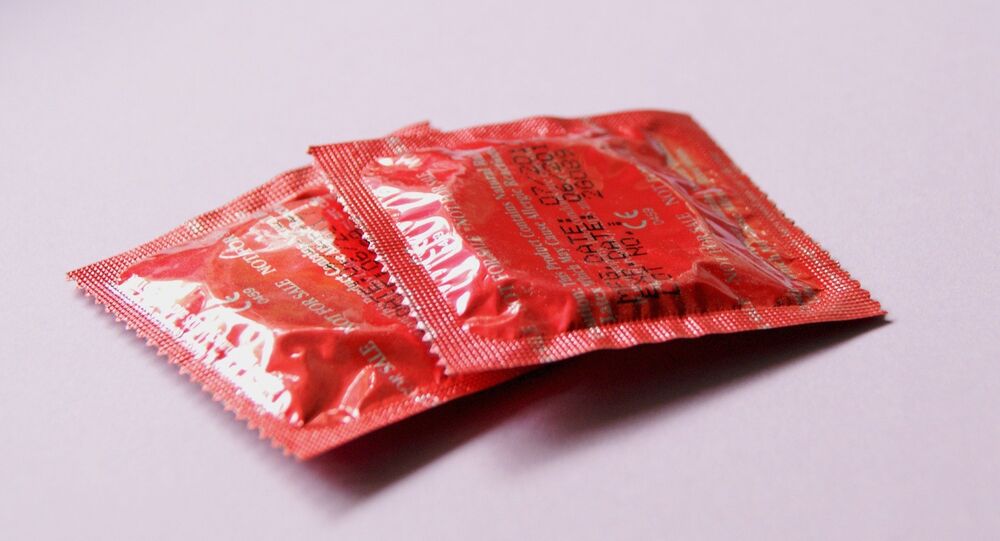 Years in the making, the new public school policy in Chicago was finally passed in December 2020, however, the COVID-19 pandemic and its restrictions prevented implementation until schools reopen.

As Chicago Public Schools (CPS) gear up to fling open their doors for the first time since the coronavirus pandemic and the restrictions it triggered, a newly-introduced policy has sparked controversy.

Besides being amply stocked with hand sanitizer, disinfectants, masks, thermometers and air purifiers, every CPS school that teaches grade five and up must now maintain a “condom availability programme”, that experts say will help keep students healthy and safe, according to the Chicago Sun-Times.

The policy to make condoms available to children as young as 10 years old was conceived by the CPS Board of Education in December 2020, but pandemic restrictions had placed it on the back burner.

“Schools that teach grade 5th and up must maintain a condom availability programme. CPS provides guidance regarding the notification to parents and access to condoms by approved school representatives. Condoms are provided at no cost by the Chicago Department of Public Health in an ongoing effort to mitigate the spread of sexually transmitted diseases, including HIV infection, and unintended pregnancy among CPS students,” the policy reads.

Another tenet of the policy makes female menstrual hygiene products similarly available for free in at least one bathroom in every school. It was stated that offering free menstrual products was a matter of “equity and justice” as some people might not have access for financial reasons.

Previously, it was up to the discretion of school principals to determine how sex education and resources were approached at their individual schools.

The Chicago Public Schools system has over 600 schools, with a majority to enforce the new requirements as only a dozen enroll younger grades.

Subsequently, the restocking will be carried out as principals file requests for more deliveries from CPS and the Chicago Department of Public Health (CDPH).

CPS’ top doctor Kenneth Fox, who will provide a letter to schools about the new policy, to be distributed among parents about the policy, was quoted as saying:

“Young people have the right to accurate and clear information to make healthy decisions. And they need access to resources to protect their health and the health of others as they act on those decisions."

The condoms are to be left in easily accessible, yet private locations at the schools.

“Essentially what we want to do is make condoms available to students for if and when they think they need them. When you don’t have those protections and don’t make those resources available then bad stuff happens to young people. You have elevated risks of sexually transmitted infections, of unintended pregnancies, and that’s very preventable stuff,” added Fox.

When asked why the new policy applied to 5th grade and up, Fox said it was “informed by a developmental understanding of children”.

“CPS stresses that choosing to not have sex is the norm for 5th graders. Parents/guardians should be notified by their school if a condom demonstration will be provided,” says the curriculum.

The new approach is part of Chicago’s effort to prevent teen pregnancies, HIV and other sexually transmitted diseases was also defended by Scout Bratt, education director at the Chicago Women’s Health Center, which offered consulting on the policy to the CPS Board of Education.

“I want to be really clear that the existence of condoms does not mean that all students are going to be using those condoms or encouraged to use them. It’s a harm reduction approach,” said Bratt.

Besides the Women’s Health Center, 28 organisations, including local hospitals, were consulted by the CPS through a sexual health advisory committee established in 2019, with leaders from different religions also brought in to advise on the new policy.

On Wednesday, July 21st from 12-1pm, Healing to Action will host a townhall with our organizational partners about why sex education that exists in Chicago Public Schools needs to be properly FUNDED in the budget that will be passed by the Board of Education this August. pic.twitter.com/pX6yPcNb9H

However, there has been a backlash from parents and religious figures after the new policy was announced.

Scout Bratt said the district would listen to the concerns voiced and offer explanations regarding what condom availability means.

“We want students to come to us and to have access to those condoms for free as opposed to potentially having to find them elsewhere or choose not to use condoms. ... It is about recognising that school is investing in young people’s health.”

People on social media have been responding to the new policy.

Andrew Pollack, a school safety activist whose daughter was killed in the Stoneman Douglas High School shooting in 2018, tweeted that Chicago ought to “take on” the gangs so “children can walk to school without the fear of being shot”… rather than roll out the free condoms.

Chicago will put free condoms in its elementary schools.

What about taking on the gangs so children can walk to school without the fear of being shot instead?

Absolutely, how disgusting that they would even suggest to elementary school children that they might need condoms. Sick world that we live in.

Sounds like SF’s grand idea to give all the homeless free needles instead of caring for the root of the homeless,/drug issues 🤷🏻‍♀️🩹

Condoms in elementary schools? I think we’re losing our common sense just slightly as a country…