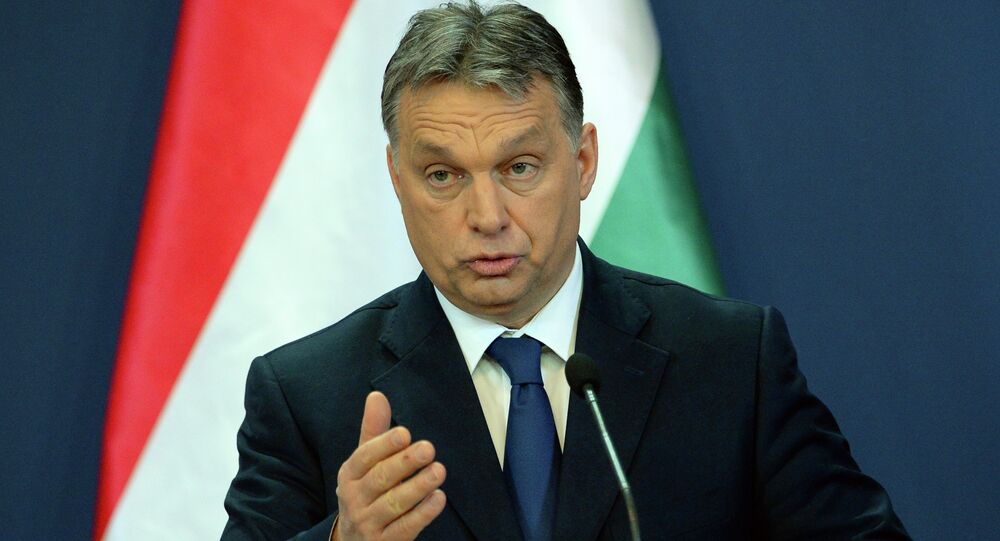 Hungary’s parliament approved legislation earlier that outlawed content for children that can be deemed to “promote homosexuality,” triggering an outcry among human rights groups and opposition parties, with the European Commission also weighing in.

Prime Minister Viktor Orban has responded to Dutch criticism of Hungary over a new law banning the dissemination of material in schools deemed to promote homosexuality or gender change.

The Dutch Prime Minister Mark Rutte, along with a chorus of other EU leaders, had cautioned Orban to leave the EU bloc if he doesn’t subscribe to its values.

The bill was slammed as a “flagrant form of discrimination based on sexual orientation, gender identity and expression". Fending off criticism, Victor Orban addressed the controversy on public radio on Friday:

"This is a colonial approach. They just give no thought to what they can and cannot say about another nation and the laws of another country."

The EU has been urging Orban to repeal the law that prohibits sharing content on homosexuality or sex reassignment to people under 18 in school sex education programmes, films or advertisements.

Calls for ‘Respect and Tolerance’

While the Hungarian government says the legislation seeks to protect children, and in no way harasses the LGBT community, critics insist the bill, yet to be endorsed by the President before it can take effect, links homosexuality with paedophilia.

In an open letter to European Union chiefs - European Council President Charles Michel and European Commission President Ursula von der Leyen – as well as UN Secretary-General Antonio Guterres, the leaders of 17 member states called on the bloc to fight anti-LGBT discrimination, with Hungary was not mentioned by name. The letter underscored that “respect and tolerance are at the core of the European project.”

“In light of threats against fundamental rights and in particular the principle of non-discrimination on grounds of sexual orientation, we express our attachment to our common fundamental values, enshrined in Article 2 of the Treaty of the European Union,” said the letter, signed by the leaders of Belgium, Denmark, Germany, Estonia, Ireland, Greece, Spain, France, Italy, Cyprus, Latvia, Luxembourg, Malta, the Netherlands, Finland and Sweden.

Prime Minister Viktor Orban's government in a statement rejected the criticism on Wednesday insisting the bill “protects the rights of children, guarantees the rights of parents and does not apply to the sexual orientation rights of those over 18 years of age, so it does not contain any discriminatory elements.”
Von der Leyen vowed to use “all the powers of the Commission” to safeguard EU citizens’ rights, saying that the “Hungarian bill is a shame”.

This Hungarian bill is a shame.

It discriminates people on the basis of their sexual orientation & goes against the EU's fundamental values.

We will not compromise.

I will use all the legal powers of @EU_Commission to ensure that the rights of all EU citizens are guaranteed. pic.twitter.com/RzWPpue0CD

The European Commission President said she had instructed two of her commissioners, Didier Reynders and Thierry Breton, to write a letter to the Hungarian government “expressing our legal concerns before the bill enters into force”.

1000s gathering in front of #Hungary parliament protesting the anti-LGBT bill equating sexual and gender diversity with paedophilia. One sign reads “Can our child look at us?” #LGBT pic.twitter.com/YPAJTM9r1f

​LGBTQ+ activists and civil rights groups in the country and from the European Union triggered an outcry over the bill, with protesters flooding the streets of the Hungarian capital.

Orban and his government, known to champion conservative family values, have claimed they are motivated by a desire to safeguard what they perceive as Hungary's traditional Christian values against “excesses” of Western liberalism.