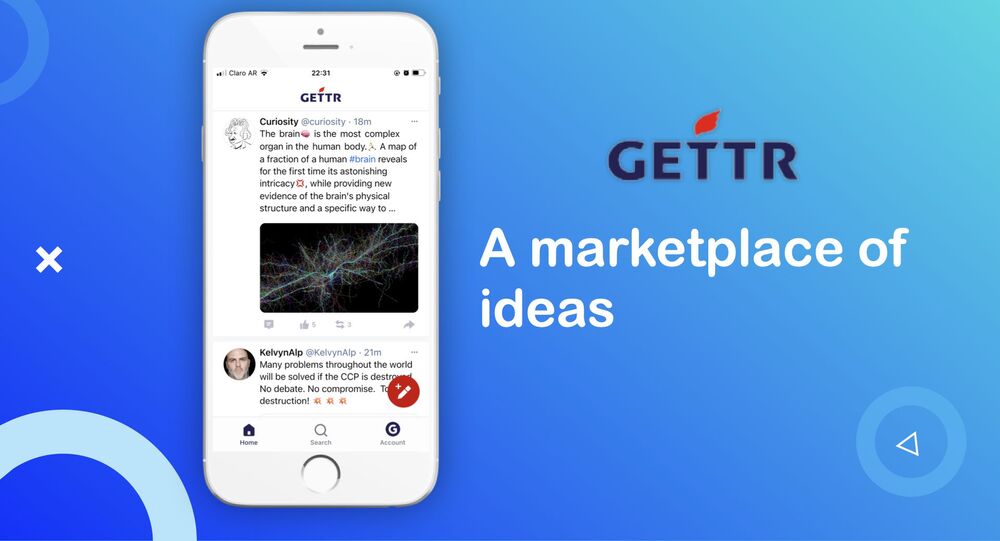 A proffered Twitter alternative, Gettr, a recent social media platform offering, was announced earlier in the week, with Donald Trump's former spokesman, Jason Miller, set to be in charge of the new online forum. The fourth of July was scheduled to be the launch date.

A new social media platform launched by a Trump ex-spokesman, Jason Miller, named 'Gettr' was targeted by hackers directly after it was launched on the 4th of July, Reuters reported, citing Miller.

"The problem was detected and sealed in a matter of minutes, and all the intruder was able to accomplish was to change a few user names," Reuters quoted Miller's e-mailed statement.

Several screenshots emerged online, showing some of the top Gettr profiles, including those of former State Secretary Mike Pompeo, Representative Marjorie Taylor-Greene, and Miller, that said: "JubaBaghdad was here, follow me in twitter :)".

​According to Miller, the intrusion has been "rectified". Verified Gettr accounts of prominent Republicans appear to be reinstated.

The new social media platform was officially launched on the Fourth of July, with Miller celebrating by pledging that it would challenge Big Tech and mainstream media platforms.

“GETTR is a direct challenge to the social media oligarchs from Silicon Valley, and what better day to declare independence from their woke tyranny than July 4th?” Miller posted. “GETTR is the marketplace of ideas. We will not cancel people for their political opinions, and GETTR offers far more features and better technology than anything else out there.”

Gettr is being touted as an alternative social media platform that claims to be free of bias and censorship that can be seen on mainstream social media including Twitter and Facebook. The platform became available earlier in the week, immediately prompting chuckles from some netizens, who compared it to Twitter and wondered at the meaning of the name "Gettr".

Miller clarified in the platform's front page statement that "GETTR’s name is derived from the idea of 'getting together' as a community on social media."

“Users won’t have to choose between conservative-leaning platforms with inferior technology and slicker liberal Apps that crush their freedom of expression,” Miller explained, adding, "with GETTR, they’ll get back their freedom of speech and have a superior product at the same time.”

Although many media outlets have associated the new platform with the former US president, Donald Trump, his involvement in Gettr is unclear. While Trump remains banned from mainstream social media platforms, he also does not appear to have a verified Gettr account.

'As in GETTR by the P**sy?': Twitterians Mock New 'Gettr' Platform Launched by Trump Team