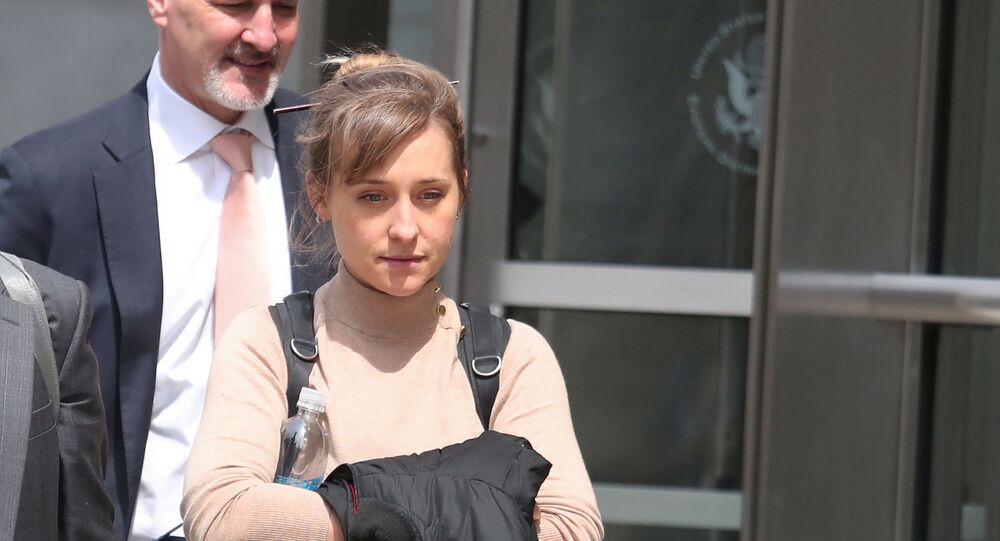 Nxivm was founded in the late-1990s as a multi-level marketing company that claimed to offer a variety of self-help seminars for the professional world; however, the firm has since been characterized as a cult that engaged in sex trafficking and forced labor, as well as committing racketeering.

Allison Mack, a high-ranking member of the Nxivm group and former actress of the television series “Smallville,” was sentenced to three years in prison on Wednesday on charges that she purposefully manipulated women into becoming sex slaves for the group’s leader.

In addition to the prison stay, the disgraced actress is also expected to pay a $20,000 fine and complete a total of 1,000 community service hours as part of her sentencing, the US Attorney’s Office for the Eastern District of New York has revealed.

Although federal guidelines indicated that Mack faced between 14 and 17.5 years behind bars, prosecutors previously acknowledged that she deserved less time on account of her ongoing cooperation with investigators involved in the Nxivm case.

Ahead of the sentencing, Mack renounced Keith Raniere, the group’s former spiritual leader, and told the courtroom that she was consumed with “remorse and guilt” for her past actions as member of Nxivm. “I made choices I will forever regret,” she said.

US District Judge Nicholas Garaufis, who oversaw the legal proceedings, later commented that while he believed Mack’s apology was sincere, she still deserved a serious sentencing as she was a “willing and proactive ally” of Raniere.

“In Nxivm language, you are a slave as well as a master. It’s hard to determine a sentence for a defendant who is also her co-conspirator’s victim,” Gaurafis told Mack. “Your punishment should serve as a forceful deterrent and a serious sentence is important, but I don’t doubt that you were also manipulated.”

As Gaurafis read aloud the sentencing, Mack remained silent. The actress was subsequently allowed to walk free from the courtroom with the stipulation that she surrender herself to authorities by September 29.

Jessica Joan, a victim of the cult who blasted Mack in her courtroom testimony, had previously told Gaurafis that Mack deserved no mercy, as she is a “predator and an evil human being” who was “cut from the same cloth” as Raniere. Following the sentencing, Joan told the New York Post that she respected the sentence.

After her arrest in 2018, Mack eventually flipped on Raniere and provided a bevy of information on the inner workings of the Nxivm and Raniere’s treatment of members, such as the use of derogatory language and branding practices.

Mack’s Wednesday sentencing comes after those of Raniere and Seagram heiress and Nxivm benefactor Clare Bronfman, who were sentenced to 120 years and nearly 7 years in prison, respectively.