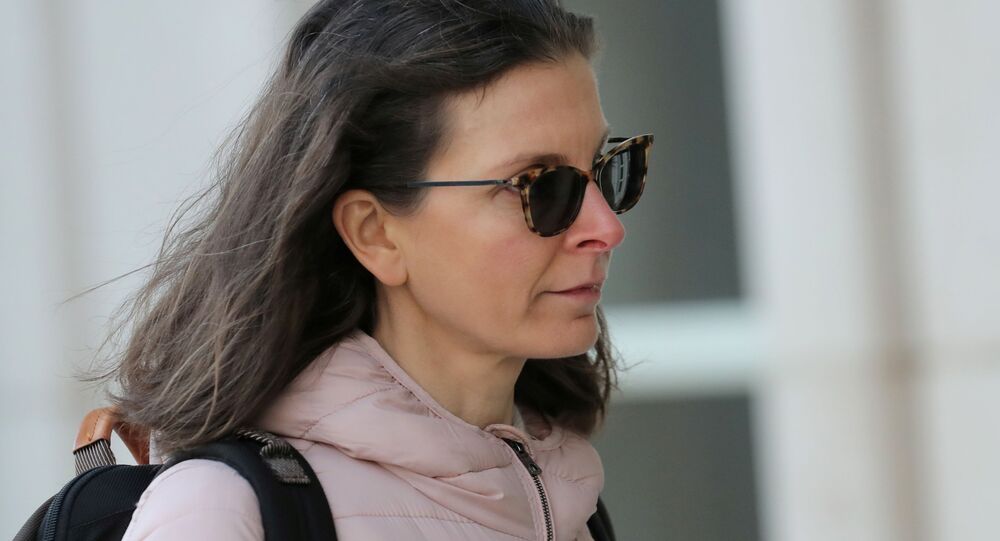 Nxivm branded itself a self-improvement group that promised to help its members live a better life. In reality it was a cult that manipulated people and turned them into sex slaves. It's been estimated that since its formation in 1998 until when the group’s leader was arrested in 2018, 17,000 people had joined the ranks of Nxivm.

Clare Bronfman, the youngest daughter of billionaire and philanthropist Edgar Bronfman Sr., has been sentenced to prison for her role in the sex cult Nxivm. Last year she pleaded guilty to harbouring a person, who illegally lived in the United States for unpaid "labour and services". In addition, she pleaded guilty to credit card fraud.

Nine people testified during a court hearing held on Wednesday. All of the individuals described how Bronfman used her wealth and position to ruin their lives. Two women, who wished to remain anonymous, related how Bronfman convinced them to move to the United States on a work visa she paid for and promised them a good salary. One of the victims said she was paid a mere $4,000 a year, that is $330 a month (the average weekly salary in the United States is about $900).

Susan Dones, another victim of Nxivm, said Clare "destroyed lives" with the billions she inherited from her father.

According to Nxivm's website, the company's missions is to "raise human awareness, foster an ethical humanitarian civilisation, and celebrate what it means to be human". In reality the group was a cult and acted like a pyramid scheme, where people spent big sums of money, in some cases thousands of dollars, to become members of Nxivm and then were forced to live in slave-like conditions. Nxivm had a subdivision called DOS where women were forced to have sex with Nxivm's leader Keith Raniere and his initials were carved on women's bodies.

Among Nxivm's members were celebrities and high-ranking officials - US actress Allison Mack, Emiliano Salinas Occeli, the son of a former Mexican president, and members of several other Mexican elites.

Clare Bronfman, who was on Nxivm's executive board, claims she didn't know about DOS and didn't fund it. However, the daughter of billionaire and philanthropist Edgar Bronfman Sr. spent $100 million in court battles with critics and victims of Nxivm.

Sally Brink, another Nxivm victim, said during the trial:

"As long as you support Keith Raniere, there is no forgiveness for you".

In a letter to the court last month, Bronfman said she was deeply sorry and that she "never meant to hurt anyone". At the same time, she stopped short of saying she regrets joining Nxivm, noting the group's leader, Keith Raniere "greatly changed my life for the better".

Her lawyers argued that she should be given a lenient sentence, because she wasn't involved in serious crimes and that she has a pre-existing health condition, which makes her vulnerable to the coronavirus.

The judge sentenced Bronfman to six years and nine months in jail. Right after the verdict was announced in Brooklyn, New York, she was taken into custody to begin her term.

Nxivm's leader, Keith Raniere, was found guilty of sex trafficking, racketeering, and forced labour last year. He is facing a life sentence. His case will be held on 27 October.