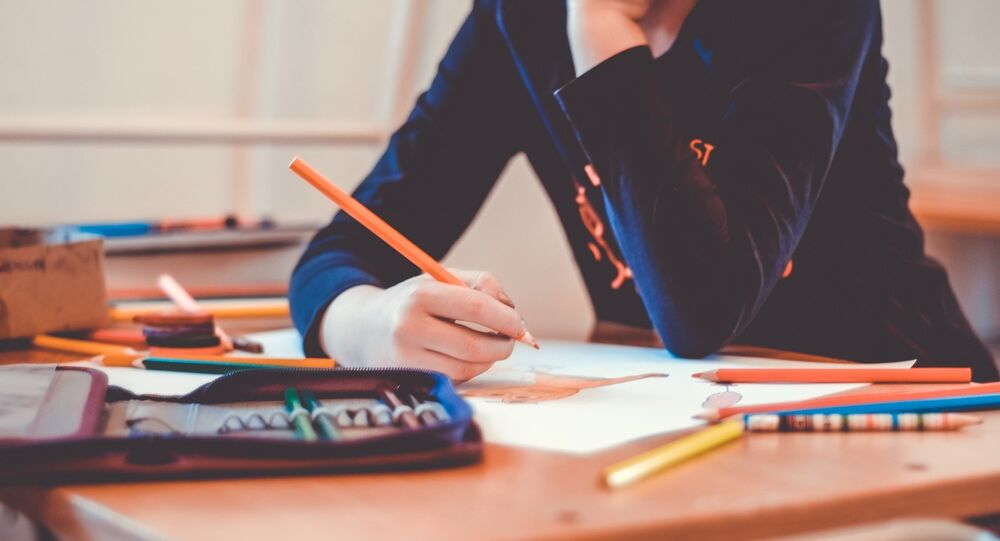 "As a candidate, Joe Biden’s number one promise was to 'unite' America. Yet in his first months as president, his number one priority has been to divide our country by race and gender at every turn. There is no clearer example than the Biden administration’s new effort aimed at indoctrinating America’s schoolchildren with some of the most toxic and anti-American theories ever conceived. It is vital for Americans to understand what this initiative would do, what drives it and, most importantly, how we can stop it", Trump said in his article, published on US political news website RealClearPolitics on Friday.

Students at schools are now studying the "ridiculous left-wing dogma known as 'critical race theory'", which is aimed at the critical review of US laws on racial issues, Trump went on. The theory provides the wrong image of the country, describing it as "systemically evil", and says that "the hearts of our people are full of hatred and malice", the former president stated.

"Indoctrinating generations of children with these extreme ideas is not just immoral -- it is a program for national suicide. Yet that is exactly what the Biden administration endorsed recently in a rule published in the Federal Register aimed at inflicting a critical race theory-inspired curriculum on American schoolchildren", he added.

Trump urged local authorities and parents to fight against the spread of these ideas at schools to allow children to get "a patriotic, pro-American education".

The article was published before Juneteenth, a new federal holiday commemorating the emancipation of enslaved African Americans. The day honours the anniversary of Union Army general Gordon Granger proclaiming freedom for slaves in Texas back on 19 June 1865.