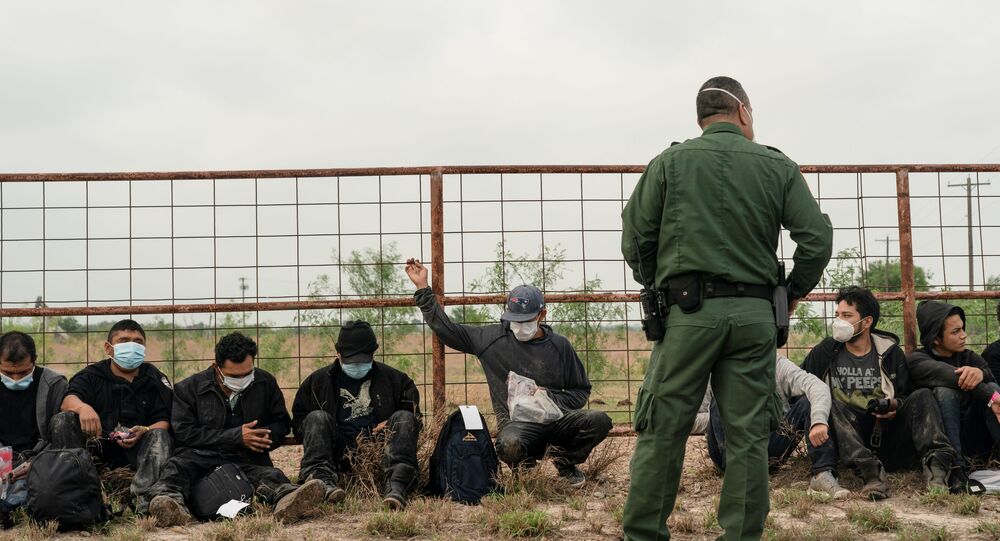 The Biden administration formally pulled the plug on Trump's ‘Remain in Mexico’ policy last week, notwithstanding the ongoing surge in illegal immigration on America’s southern border. The Trump-era policy called for migrants seeking asylum in the United States to be sent to Mexico to await their hearings.

Texas Senator Ted Cruz has lashed out at the Biden administration over its decision to formally abandon the ‘Remain in Mexico’ programme, suggesting the move was responsible for the record high numbers of encounters between border agents and would-be illegal immigrants.

“The Biden Border Crisis is getting worse…The border has been a catastrophe since Biden ripped up the Remain in Mexico agreement,” Cruz tweeted, listing off the latest stats on apprehensions of persons attempting to enter the US illegally for the month of May.

According to fresh US Customs and Border Protection figures published Wednesday, border agents apprehended over 180,000 would-be illegals in May, up from 178,600+ in April, 173,300+ in March, and 101,100+ in February. The CBP  calculated that its detentions for 2021 fiscal year to date have already more than doubled figures from a year ago, even though the months of June, July, August and September have yet to be accounted for.

“Single adults continue to make up the majority of these encounters,” the CBP said in a press statement on the new figures. The agency added that encounters of unaccompanied children and single minors from the so-called Northern Triangle countries (Guatemala, Honduras and El Salvador) have dropped to 10,765 in May from 13,940 in April, with encounters of family units from the same countries also down, from 32,674 to 22,630.

The Biden administration formally scrapped the ‘Remain in Mexico’ policy on 1 June following a review by the Department of Homeland Security. The White House suspended new enrollments in the programme, which required immigrants seeking asylum status in the US to wait in Mexico before being summoned for their hearings, shortly after Biden took office.

© REUTERS / STRINGER
Border Patrol Announces 900% Increase in Encounters With Illegal Immigrants Who Have Criminal Record
The Trump administration set up the ‘Remain in Mexico’ initiative in late 2018, and by December 2019, some 57,000 people had been sent south under the programme. In September 2019, a US court ordered that the programme be halted in some jurisdictions. In March 2020, the Supreme Court ruled that the programme could continue in the remaining areas pending litigation.

The Biden administration’s handling of the situation along the US border with Mexico has dented his approval ratings during the president’s first months in office, with a recent Harvard-Harris poll finding that some 80 percent of Americans consider the current problems at the border a “crisis that needs to be addressed immediately,” and a separate poll by AP and the NORC Center for Public Affairs Research finding that only 42 percent of Americans approve of Biden’s handling of immigration in general –significantly below the 61 percent approval rating he has for the job overall.

The crisis at the US-Mexico border began almost immediately after Biden stepped into office in January and began revoking his predecessor’s hardline immigration policies one after the other. Last week, Guatemalan President Alejandro Giammattei said that the new administration’s ‘more welcoming message’ to would-be migrants, including his pledge to ‘reunite’ families and children, were responsible for the current situation, including the surge in human smuggling operations.

© AP Photo / J. Scott Applewhite
AOC Roasts Kamala Harris for ‘Disappointing’ Message to Guatemalan Migrants ‘Not to Come to US’
Vice President Kamala Harris, who was tapped by Biden to handle the border situation in March, travelled to Guatemala this week to discuss the “root causes” of the surge in illegal immigration. While visiting the impoverished nation, she told would-be migrants that they would be “turned back” and urged them not to come. Congresswoman Alexandria Ocasio-Cortez, a member of the progressive wing of the Democratic Party, slammed Harris over her message, suggesting that “the US spent decades contributing to regime change and destabilization in Latin America” and that “we can’t help set someone’s house on fire and then blame them for fleeing.”

The Central Intelligence Agency helped overthrow Guatemala’s government in 1954 following lobbying by the United Fruit Company to topple the country’s democratically-elected democratic socialist government after its policies cut into the company's profits. The CIA continued its operations in the Central American nation throughout the second half of the 20th century, assisting its government in counterinsurgency operations and heavily interfering in the country’s politics. Similar meddling was carried out in neighbouring countries as well.

Vice President Harris is Going to the Border, Eventually, Maybe