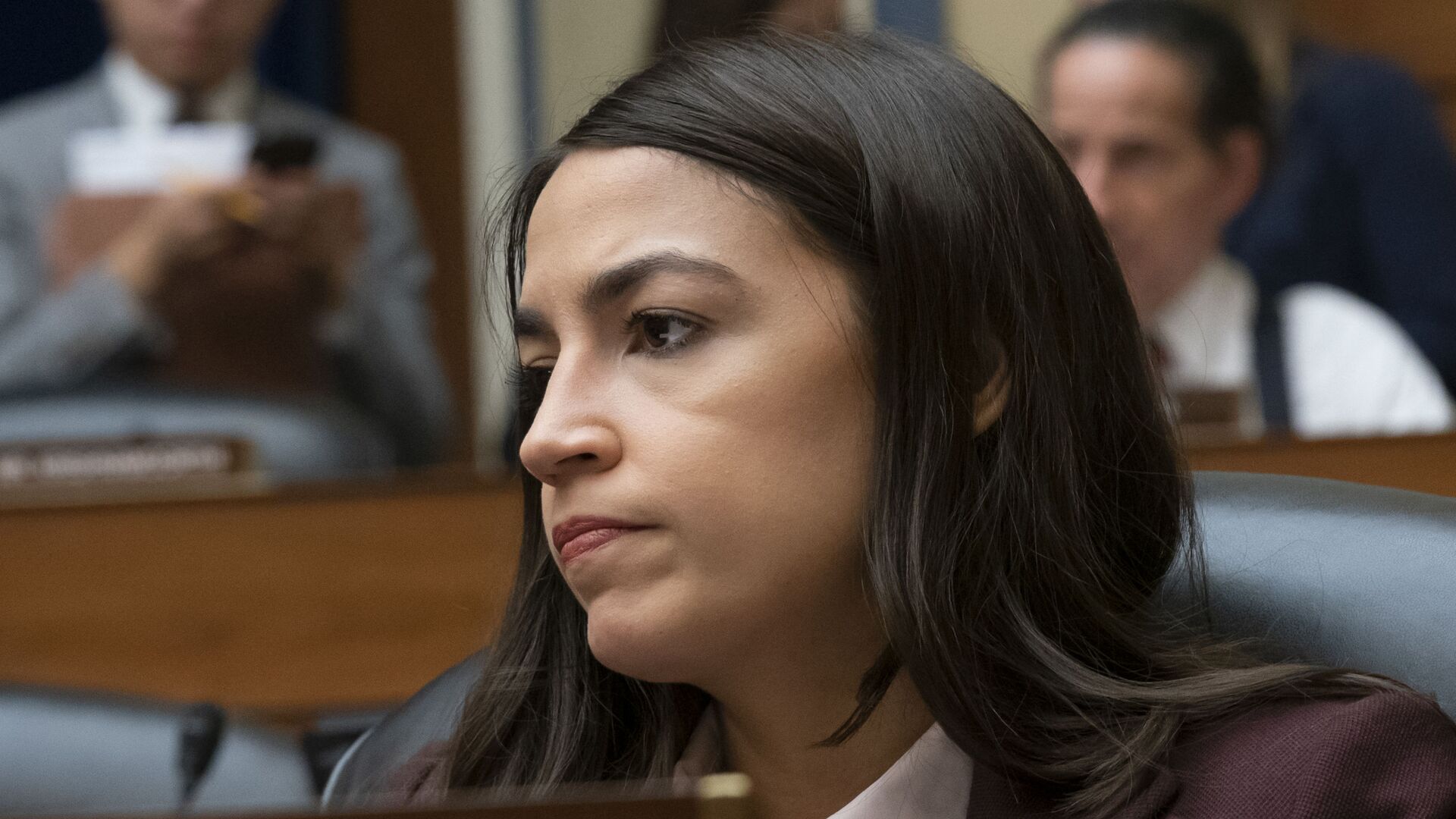 Svetlana Ekimenko
All materialsWrite to the author
Vice President Kamala Harris, entrusted by President Joe Biden to lead the administration's efforts in battling migration from the Northern Triangle countries, travelled to Guatemala for a meeting with President Alejandro Giammattei. Harris subsequently addressed people thinking of making the perilous trek to the US southern border: "Do not come".

New York Congresswoman Alexandria Ocasio-Cortez has roasted Kamala Harris for her message to undocumented migrants from Guatemala, urging them not to seek succor at the US southern border.

The US Vice President is on her fledgling foreign trip after Joe Biden entrusted her with spearheading the administration's efforts to battle migration from the Northern Triangle countries. The VP travelled to Guatemala on Sunday for a meeting with the Central American country’s President Alejandro Giammattei.

At a press conference with Giammattei, Harris, while describing a future where Guatemalans could find “hope at home, conveyed a succinct message that undocumented migrants from the country would not be welcome if they embarked on a journey to the US border under the Biden administration.

“I want to be clear to folks in the region who are thinking about making that dangerous trek to the United States-Mexico border… Do not come. Do not come,” said Harris.

Ocasio-Cortez - or AOC, as she’s often called – hit Twitter on Monday to slam the Vice President’s comments as “disappointing to see”.

The congresswoman underscored that seeking asylum at any US border was a “100% legal method of arrival.”

She then proceeded to remind Harris that the US had “contributed” to destabilisation in Latin America, and was now hardly in a position to reproach the people of those countries seeking a better life elsewhere.

A plethora of human rights groups were similarly disapproving of the Vice President’s blunt statement.

“We continue to urge the Biden administration to build policies that recognise that many Guatemalans will need to seek protection until the longstanding drivers of forced displacement are addressed and realign its message to the Guatemalan people to reflect America’s commitment to the right to seek protection internationally,” Rachel Schmidtke, a Latin America advocate at the non-profit Refugees International, stated.

.@VP Kamala Harris, seeking asylum is legal. Turning back asylum seekers is illegal, dangerous, & oftentimes sends them back to their deaths. Seeking asylum is a right under US and international law. #WelcomeWithDignity https://t.co/3UcJyALhlW

The Asylum Seeker Advocacy Project, a non-profit that works with asylum seekers, tweeted to say that “seeking asylum is a right under US and international law.”

Kamala Harris, who proceeded to visit Mexico on Tuesday to meet with Mexican President Andres Manuel Obrador, has also been fending off questions about her reluctance to visit the US-Mexico border as part of her trip.

It took Harris more than 70 days to visit Guatemala after being assigned the migrant issue on 24 March. She also has yet to visit the US-Mexico border, which has been at the centre of the migration crisis.

Harris deflected, by saying that her focus was on addressing the “root causes” driving migrants to flee their homes.

“I’m in Guatemala because my focus is dealing with the root causes of migration. There may be some who think that that is not important, but it is my firm belief that if we care about what’s happening at the border, we better care about the root causes and address them,” Harris was cited as saying by NBC.

Harris did say she would eventually visit the US southern border as she spoke to reporters in Mexico City.

Since entering the White House, Joe Biden, who was quick to reverse several tough immigration policies introduced by his predecessor Donald Trump, has been reluctant to publicly call the recent surge in migration a "crisis", despite the fact that in March 2021 the country recorded 172,331 south-west land border encounters.

The number is nearly double the February figures and even pre-pandemic March 2019. In April, of the 178,622 migrants apprehended by US Customs and Border Protection, 79,190, or approximately 44 percent, were shown to be from El Salvador, Guatemala and Honduras, according to the agency's data.