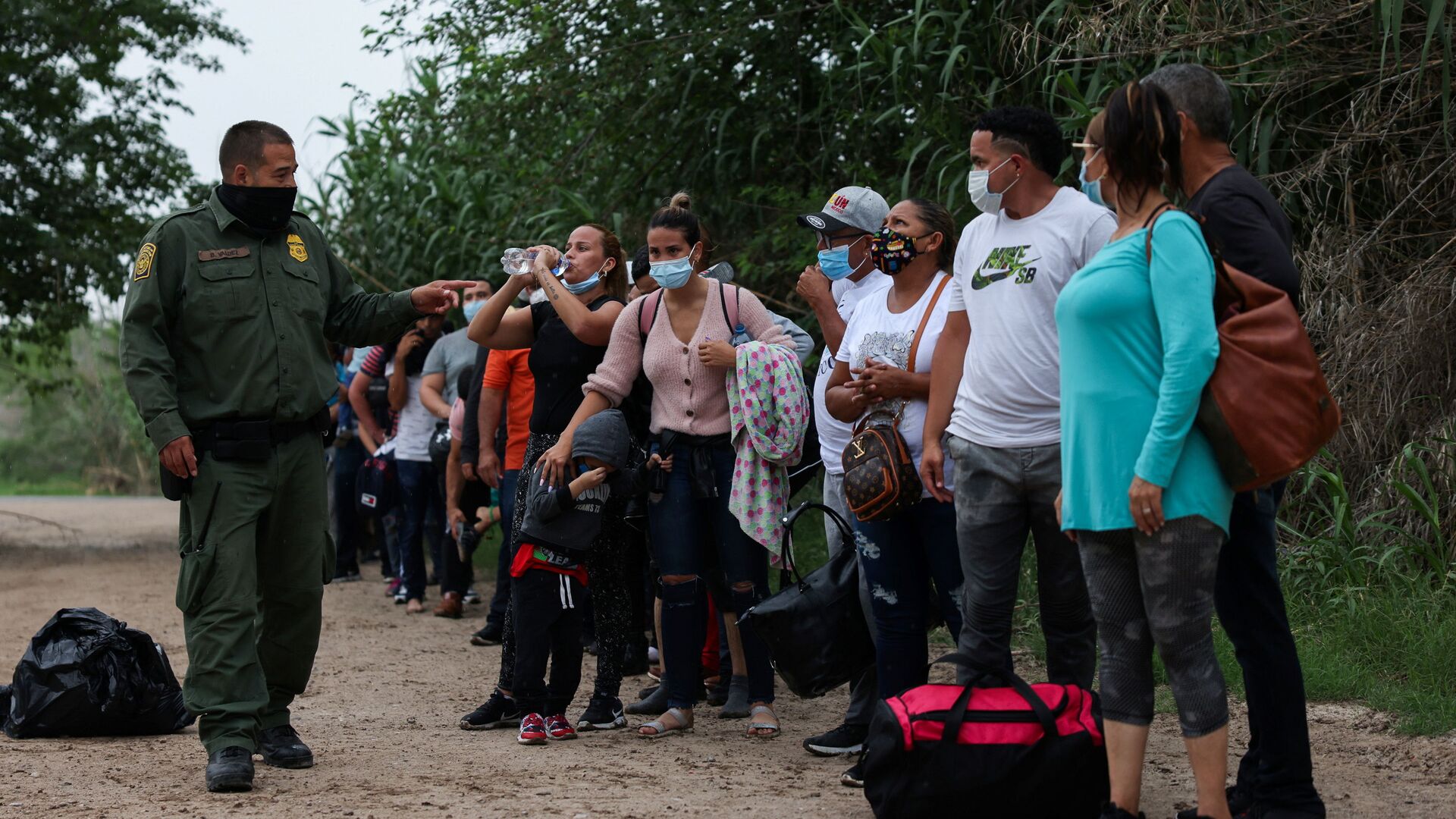 Alexandra Kashirina
All materialsWrite to the author
The Biden administration has come under harsh criticism amid an increasing influx of illegal immigrants who are trying to infiltrate into the US from Mexico. Many say that this is the result of the soft approach of the Biden administration toward the border crisis.

The US Customs and Border Protection (CBP) announced a 900-percent surge in arrests in the Laredo Sector, Texas, of illegal immigrants who have a criminal record, compared to the last fiscal year, according to a CBP release published on Thursday.

According to the agency, smugglers usually leave groups of migrant children at the border to distract law enforcement, and then drop adults at another unsecured part of the US-Mexico border.

Some detained immigrants were said by the Border Patrol to be members of several organized crime syndicates, including the Sureno Gang and MS-13.

“Since the beginning of this fiscal year, nearly 760 criminal undocumented individuals have been arrested by Laredo Sector agents. This is a drastic comparison of over 60 criminal arrests in the same time frame last year,” the release stated.

A Sureno Gang member, a 20-year-old Mexican male, was apprehended on Thursday, and was said to have a criminal record for “robbery, battery, interference with emergency communication, and theft of property out of Benton, Texas.”

The CBP also said it has faced a 'large number" of illegal immigrants who were earlier charged with sexual offenses against children. According to the CBP reports, agents arrested 10 convicted sexual offenders over one week, between 17 and 24 May.

Biden’s Policies at the Southern US Border

CBP is handling a significant immigrant surge that began in 2019. The current administration has been criticized for abolishing a number of Trump-era migration policies, including additions to portions of the US-Mexico wall and Migrant Protection Protocols that required applicants to wait in Mexico while their asylum claims were being processed in the US.

In addition, US President Joe Biden has reinstated the practice of allowing unaccompanied migrant children into the US. Last month, Biden revoked a Trump administration decree which required migrants to have legal health insurance soon after arriving into the US. 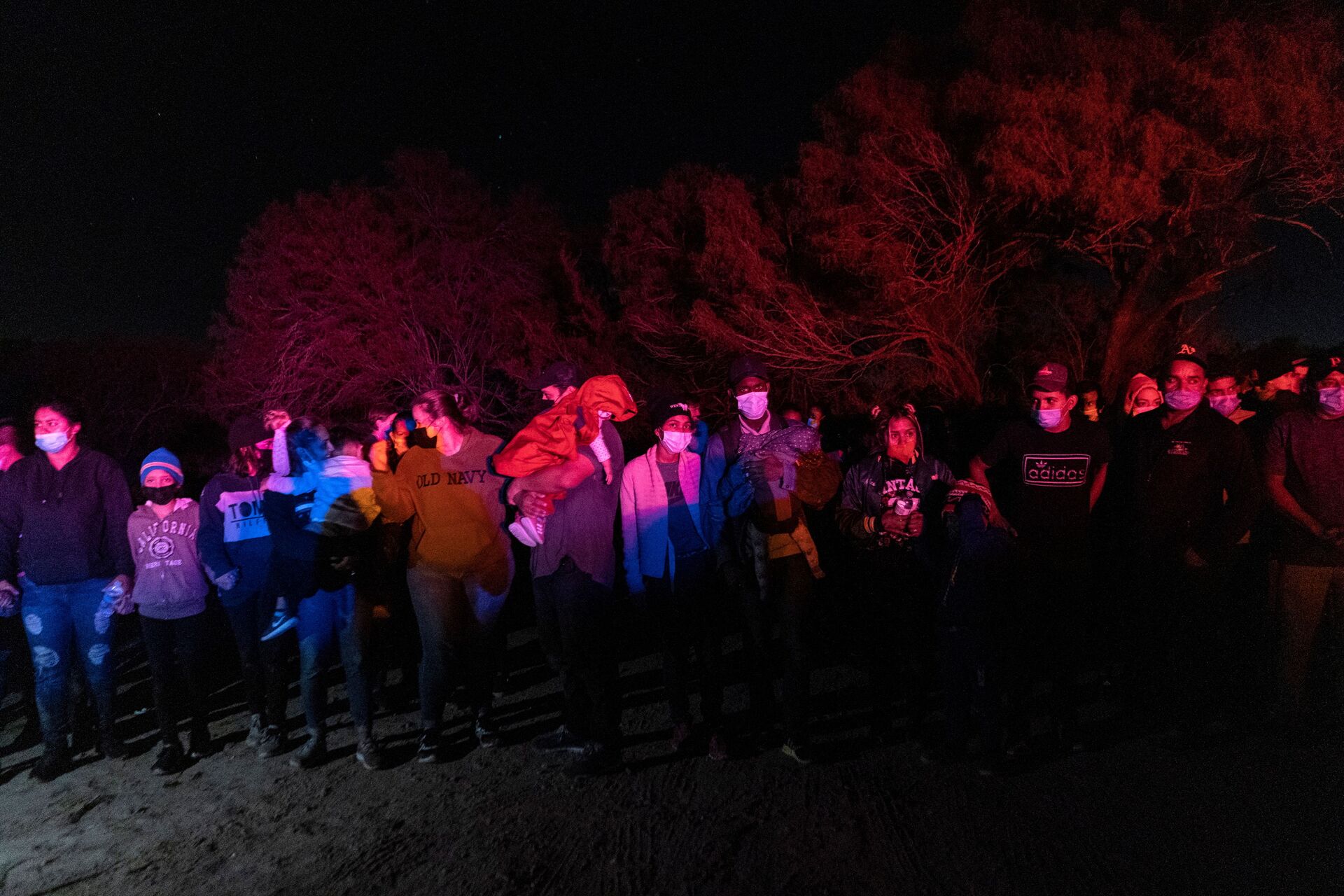 Asylum-seeking migrant families wait to be escorted by the U.S. Border Patrol after crossing the Rio Grande river into the United States from Mexico, in Roma, Texas, U.S., May 7, 2021
© REUTERS / GO NAKAMURA

According to the latest estimates by border agencies, some 178,000 migrants were detained in April alone, 6,000 more than in March. Amid warmer weather and an increase in migrants, the government has redirected civil servants from other agencies and border officials from Northern states to assist several overwhelmed detention facilities and their personnel.

The Biden administration has refused to refer to the increased influx as a “crisis,” and no senior member of the current administration has visited the US border with Mexico, opting for a more ‘virtual’ response. In April, immigration agencies were reportedly instructed to replace words considered by some to be offensive to immigrants, including “alien”, “illegal alien” and “assimilation,” with “noncitizen,” “undocumented noncitizen” and “integration” respectively.