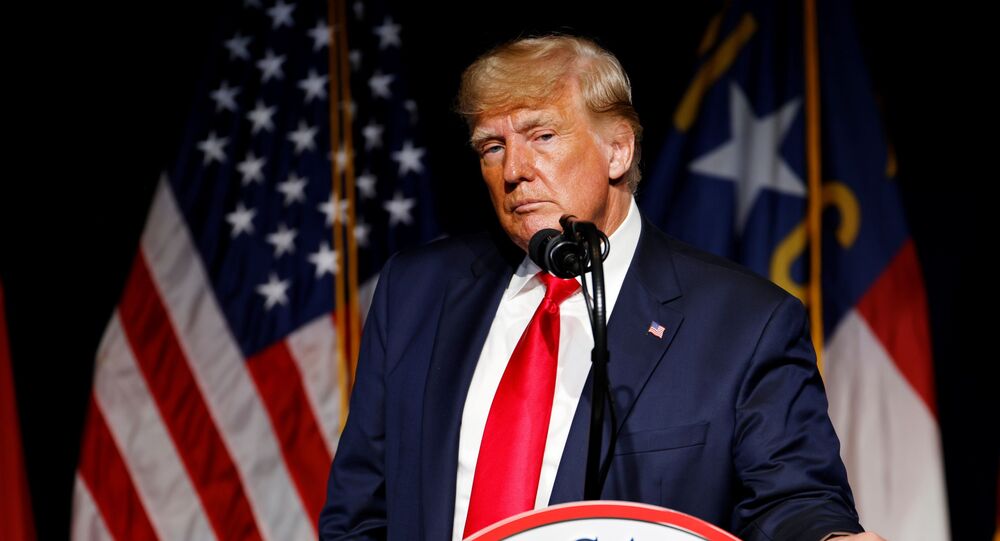 Donald Trump used his Twitter account during the US Capitol riot to urge protesters to remain peaceful, obey the police, and go home. Despite that, social media platforms suspended the sitting president's accounts, claiming he had incited violence.

But the former leader of the British Liberal Democrat party, who was deputy prime minister in Conservative David Cameron's coalition government, conceded that Facebook was wrong to slap an indefinite ban on Trump.

"Our job is not to take the decisions with an eye to, you know, which side of the political aisle is going to agree or disagree more with us, but just to do so in a way that is fair, transparent and proportionate", said Clegg, now the social media giant's vice president for Global Affairs and Communications.

Clegg told ABC's This Week with George Stephanopoulos that the corporation's "independent oversight board" had decided to block the president's account on 7 January, the day after several hundred protesters entered the seat of the US Congress to disrupt the confirmation of Democratic candidate Joe Biden as president-elect, was justified.

He said the board had decided "Facebook was right to suspend Donald Trump because of the exceptional, very grave circumstances in early January on the Capitol".

"But that Facebook was wrong to do so in an indefinite way, an open-ended way, and that we needed to come up with clearer due process, clearer standards, clearer penalties, which we’ve now done", Clegg stressed. "We’ve now set out what penalties would apply to what I hope will remain these very rare cases".

"We do hope, though, that reasonable observers will believe that we are acting as reasonably and proportionately as we can in these — in these very difficult circumstances".

"One of the brightest of those red lines, as you just implied, is that you cannot — it doesn't matter who you are, you can be the pope, the queen of England, the president of the United States — you cannot use our services, and I hope most people would think this is reasonable, to aid, abet, foment, or praise acts of violence".

In fact, Trump repeatedly used his Twitter account during the Capitol mayhem to urge protesters to remain peaceful, obey the police, and go home. Despite that, social media platforms suspended the sitting president's accounts, claiming he had incited violence.

The only violent death during the protest was that of an unarmed protester, US Air Force veteran Ashli Babbitt, who was shot by a plain-clothes Capitol Police officer as she tried to climb through a broken window into the lobby outside the House of Representatives chamber.

In a speech to the Republican Party's North Carolina State Convention on Saturday night, Trump said he was "not too interested" in having his Facebook account reinstated.

On Saturday, Clegg claimed Facebook was happy with a landmark agreement between G7 finance ministers to ensure Big Tech firms pay tax in the countries where they make profits, not where they are registered, although the corporation has its European headquarters in the Republic of Ireland, enjoying a corporate tax rate of just 12.5 percent.