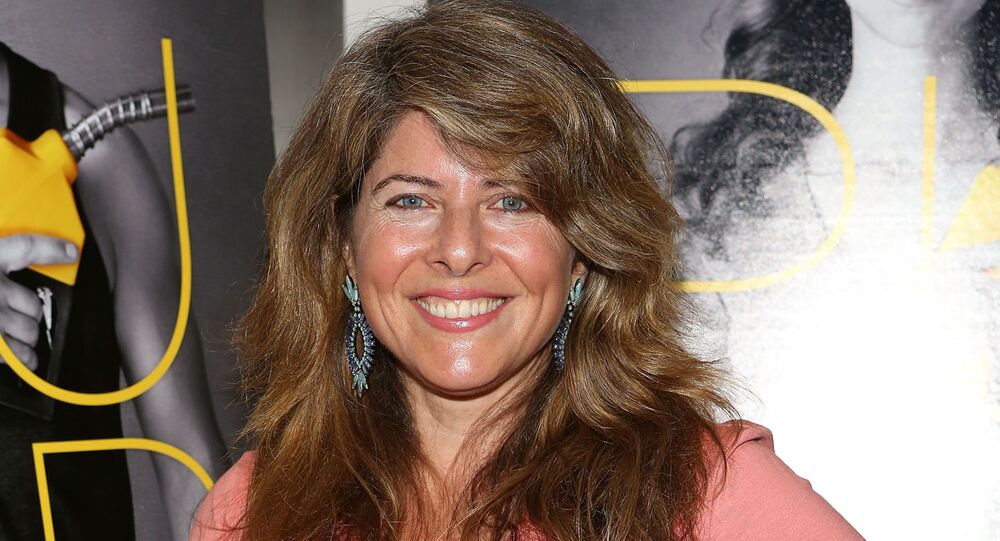 Naomi Wolf became famous after her first book about unrealistic standards of physical beauty. She is described as a leading spokeswoman of third-wave feminism. In recent years, Wolf has been criticised for promoting “crazy” conspiracy theories, including about Edward Snowden and Daesh*.

Naomi Wolf, former political adviser to 42nd US President Bill Clinton, has been suspended from Twitter for posting anti-vaccine remarks. Wolf spread a popular conspiracy theory claiming that inoculations against the coronavirus contain microchips, which are purportedly implanted to control the population. In one of her posts, she wrote that vaccines allegedly contain a “software platform that can receive uploads”.

She also claimed that vaccines "made by Apple" allow time travel, compared leading US expert on infectious diseases Dr Anthony Fauci to "Satan", and insisted that the urine and faeces of vaccinated people should be separated from general sewage until studies reveal their effect on water.

Did... did Naomi Wolf get one of her unhinged anti-vaxx theories from listening to a stranger talk about Pym particles in Avengers: Endgame? pic.twitter.com/TPI1l0oHX9

​Her suspension from Twitter has drawn mixed reactions, with some users praising the social media platform for what they described as a battle against misinformation…

Yes, Naomi Wolf is finally banned from Twitter. I won't signal-boost her lies, but I will say this: As a historian of #autism, I've been reading vile anti-vaccine propaganda for 20 years, and Wolf's claims were as out-there and delusional as I've ever seen.

Shocked it lasted for so long, tbh pic.twitter.com/2Of2SGkWCb

​…while others contended that Twitter’s move was a violation of freedom of speech.

Anyone who loves freedom, including Naomi Wolf, needs to realize the Left is now the enemy of freedom. Join the right and we can win this fight! pic.twitter.com/HLD6kv16Hn

Dr. Naomi Wolf is the latest in a countless string of doctors, scientists, and researchers that have been suspended from Twitter for stating their professional opinions or questioning government policies.

Lawmakers must act NOW to protect free speech online. We must demand this. pic.twitter.com/0o5dGYzSbF

Wolf has often been accused of spreading conspiracy theories as well as twisting the truth and historical records in her books. She has argued that Edward Snowden, a former CIA contractor who exposed an NSA mass surveillance campaign, "is not who he purports to be, and that the motivations involved in the story may be more complex than they appear to be".

She questioned the authenticity of the beheadings perpetrated by Daesh, claiming the victims of the terrorist group were actors. Wolf also alleged that the US had sent troops to West Africa not to help countries combat the Ebola virus, but to bring the disease back to the United States.

Since the onset of the coronavirus pandemic, she has been critical of safety restrictions, particularly lockdowns, which she called an invention of Chinese President Xi Jinping.