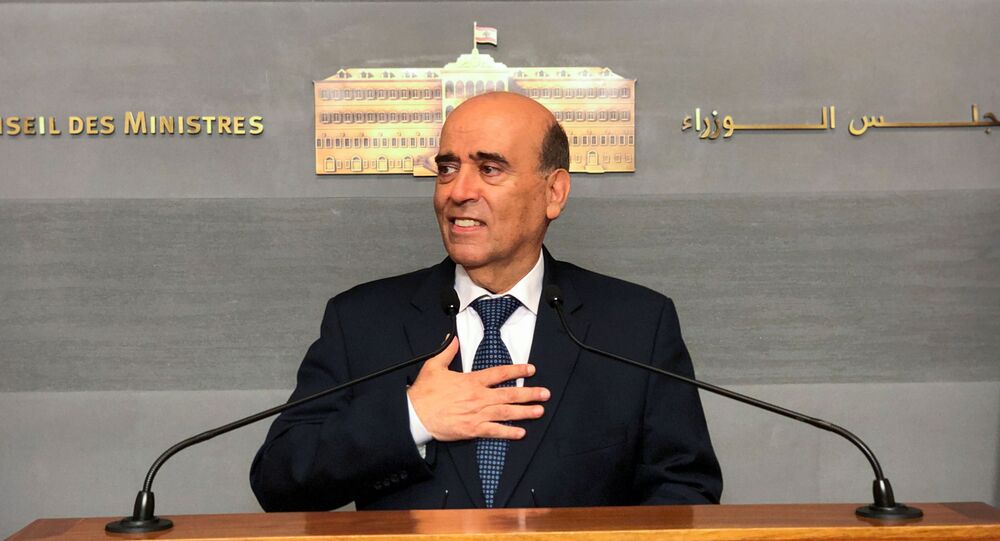 The foreign minister's inflammatory statements were instantly criticised by several Gulf countries. Saudi Arabia and the United Arab Emirates each summoned the Lebanese ambassador to their country to deliver a note of protest to the minister's claims.

Lebanon's Foreign Minister Charbel Wehbe has said that he is leaving his post after he caused outrage for suggesting during a TV interview that some of the Gulf states facilitated the rise of the Daesh* terrorist organisation in Iraq and Syria.

Wehbe said he has submitted his letter of resignation "in the light of recent developments and circumstances" surrounding his interview. He had a meeting with Lebanon's President Michel Aoun before announcing his decision. The foreign minister said he hoped that by resigning, Lebanon will be able to maintain friendly relations with the Gulf nations as his own country struggles with dire economic crisis.

Defence Minister Zeina Akar will take over from Charbel Wehbe until a new foreign minister is chosen.

In his interview, Wehbe said that "countries of love, friendship, and fraternity […] planted" Daesh* in the regions of Syria and Iraq, but he never specified which states he was referring to, when confronted by a TV host. However, the foreign minister did suggest that some of the Gulf nations "funded" the Islamist movement.

In the wake of his remarks, Saudi Arabia, the UAE, Kuwait and Bahrain have summoned Lebanon's ambassadors to their country to register their displeasure at Wehbe's claims.