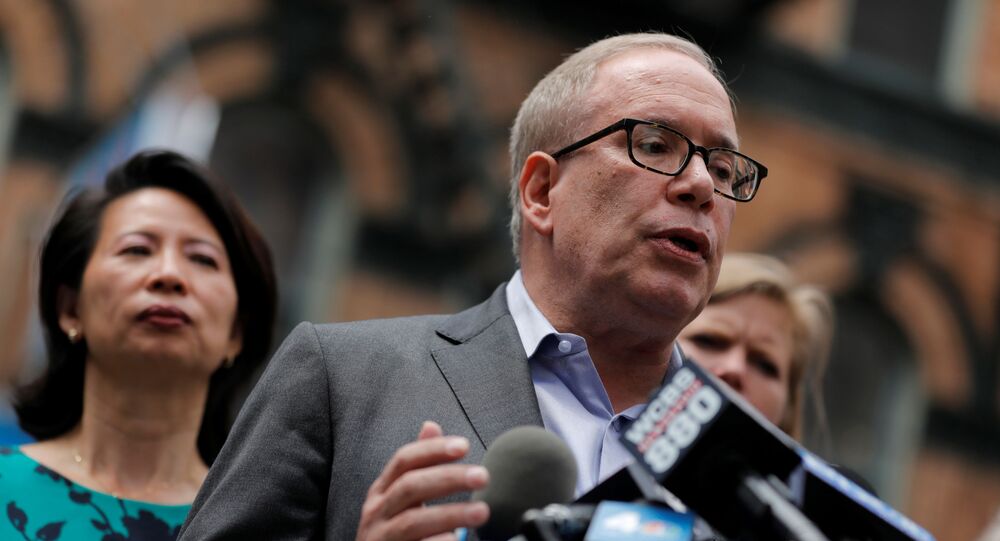 Earlier, Jean Kim alleged that New York City Comptroller Scott Stringer made unwanted sexual advances towards her when she volunteered on his 2001 campaign for public advocate.

A second woman has claimed she was sexually assaulted by New York City Comptroller and mayoral hopeful Scott Stringer.

The accuser, Teresa Logan, told The New York Times on Friday that the incident took place in 1992, when she worked as a waitress and bartender at a Manhattan establishment, co-founded and owned by Stringer.

Logan alleged that he once groped her while she was carrying trays and made unwanted sexual advances toward her outside of the bar. On another occasion, Stringer, according to Logan, "put his hand on her inner thigh" and kissed her while they were in a taxi. Logan claimed that he laughed off this incident, saying "Oh, I'm drunk, I'm sorry".

The third assault, Logan claimed, happened when Stringer invited her to go to another bar, but their walk eventually ended in an "apartment building". He was kissing and groping her, the woman said.

According to the NYT, Logan's sister and an unidentified friend confirmed that she had told them about the incidents after they happened.

Stringer told the publication that he had "no memory" of the woman:

"If, in fact, I met Ms Logan, and ever did anything to make her uncomfortable, I am sorry. Uptown Local [the bar he ran] was a long-ago chapter in my life from the early 1990s and it was all a bit of a mess".

Stringer has faced similar accusations from Jean Kim, who worked on his campaign for public advocate in 2001. Stringer denied the allegations, which come just weeks before the NYC mayoral primary, and refused to drop out of the race.