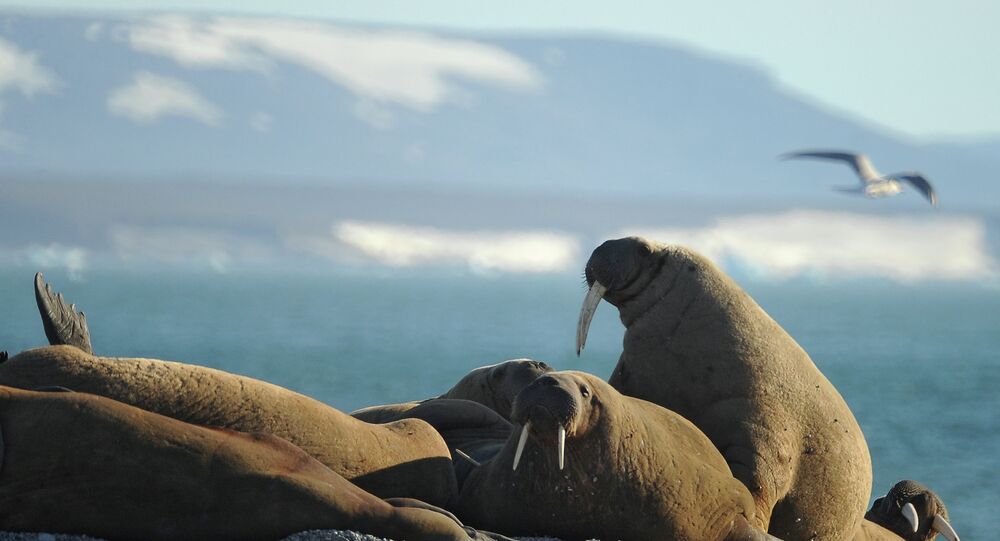 WASHINGTON (Sputnik) - An earlier district court decision that upheld a Trump administration decision to remove the Pacific walrus as a candidate for the endangered or threatened species list has been reversed, the Ninth Circuit Court of Appeals ruled on Thursday.

In 2011, the US Fish and Wildlife Service (FWS) found that listing the Pacific walrus as a threatened or endangered species under the Endangered Species Act (ESA) was warranted. However, in 2017, after reviewing the assessment, FWS issued a finding that the Pacific walrus no longer qualified as a threatened species. The Court held that FWS did not sufficiently explain why it changed its prior position.

“We find that the Service did not sufficiently explain why it changed its prior position. We therefore reverse the district court’s grant of summary judgment to the Service,” Circuit Judge Andrew Hurwitz said in the court’s written opinion.

Initially, FWS found the loss of sea-ice threatened the Pacific walrus, without which walruses would be required to live on coastal land. Prey would be depleted around increasingly concentrated walrus populations, causing them to travel greater distances in search of food, in turn, causing decreased body weight, calf abandonment, and other sources of increased mortality.

The 2017 review of the assessment concluded that although sea ice loss is impacting Pacific walruses, other stressors identified in 2011 have declined in magnitude. The review team believed the creatures to be adaptable to dynamic environments, having demonstrated the ability to adjust their distribution and habitat use patterns in response to shifting patterns of sea ice.

The Ninth Circuit reversed the summary judgment of the lower district court, directing them to remand to FWS to provide a sufficient explanation for its change in position.