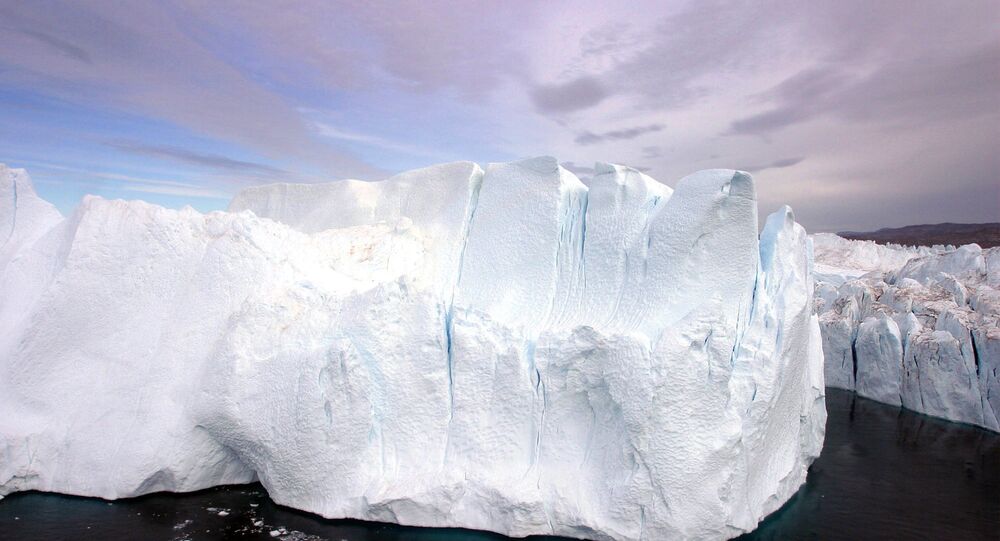 The worst-case scenario envisaged by models could lead to a global sea level rise of more than seven metres, as well as collapse of the Atlantic circulation system, currently responsible for the relative warmth in Europe and North America.

A large part of the Greenland ice sheet is on the brink of a tipping point, after which a gradually speeding-up large-scale melt would become inevitable even if global warming were halted, according to joint German-Norwegian research.

The new analysis by Niklas Boers at the Potsdam Institute for Climate Impact Research, Germany, and Martin Rypdal at the Arctic University of Norway saw the dangerous signals in a 140-year record of ice-sheet height and melting rates in the Jakobshavn basin, the biggest in Greenland and which is melting the fastest.

The research highlighted a "non-linear mechanism" behind the process described as "positive melt-elevation feedback".

The pristine Greenland ice sheet is largely seen as a potentially unstable component of the Earth's system and may exhibit a critical transition under ongoing global warming. Mass reductions of the Greenland ice sheet are regarded as having substantial impacts on global sea level and the speed of Atlantic circulation due to the additional freshwater caused by increased meltwater run-off into the northern Atlantic.

According to models by the Potsdam Institute for Climate Impact Research, the melting of the Greenland ice sheet is inevitable within the critical threshold of a global mean temperature of 0.8 to 3.2 degrees Celsius above pre-industrial leves. Once that threshold is crossed, the entire ice sheet could melt completely over hundreds or thousands of years. That could lead to a global sea level rise of more than seven metres, as well as the collapse of the Atlantic Meridional Overturning Circulation (AMOC), which is responsible for the relative warmth in Europe and North America.

In an interview with The Guardian, Boers ventured that an equivalent of 1-2 metres was probably already doomed to melt, though this would take centuries and melting the whole ice sheet would take a millennium.

"We would probably have to drive temperatures back below pre-industrial levels to get back to the original height of the Greenland ice sheet", he ventured. "The current and near-future ice loss will be largely irreversible", he said.

Previous reports from August 2020 suggested the Greenland ice sheet had already passed the point of no return, but scientists later said this was a misinterpretation of the research. Large-scale melting of the Greenland ice sheet would have long-term global consequences, other than rising sea levels. It could halt the Gulf Stream, with potential chain reaction effects on the Amazon rainforest and tropical monsoons.

Boers emphasised as well that the dynamics of the Greenland ice sheet were "very complex", and that using today's incomplete knowledge to estimate a precise date when a tipping point is passed could instill a false sense of certainty.