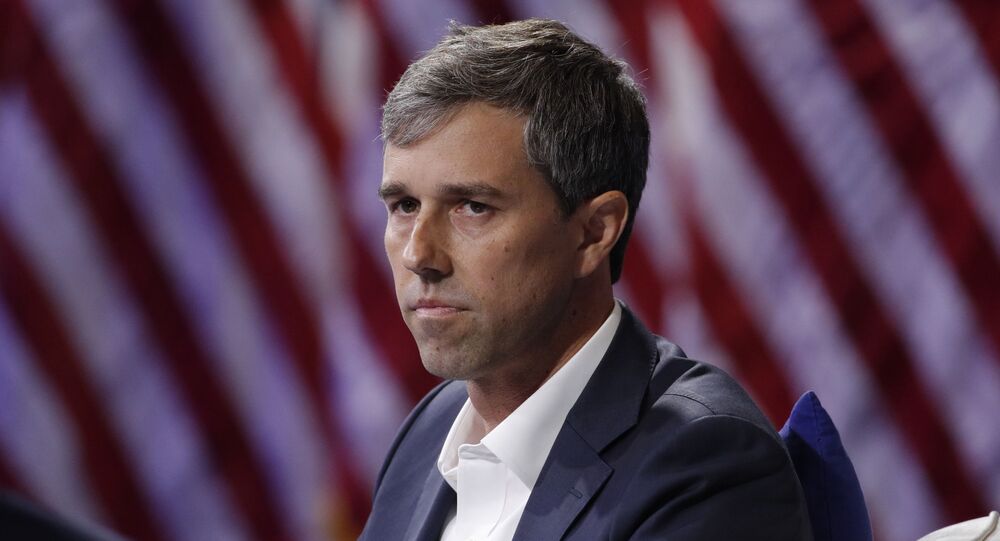 In addition to incumbent GOP Governor Greg Abbott, who is expected to run for a third term as the state of Texas does not have term limits, Hollywood actor Matthew McConaughey has also publicly discussed his possible participation in the gubernatorial election, which is scheduled to take place in November 2022.

Beto O'Rourke, a former Democrat congressman from Texas, is considering another run for higher office, this time as his home state's governor, Associated Press reported on Monday.

According to the report, the former Senate nominee and 2020 presidential candidate is mulling a possible gubernatorial bid, but has not confirmed his plans yet. And there is reportedly no timetable currently for a decision, as he has only recently begun to consider the idea.

“Impatience is not the word for it,” Texas Democratic Party chairman Gilberto Hinojosa is quoted in the report as saying, regarding the purported aniticipation of O'Rourke's official announcement. “But anxious is.”

If he does decide to run against Abbott, it would be O'Rourke's third election cycle in a row seeking statewide or national office.

The 48-year-old rose to prominence in 2018 as a result of his high-profile Senate campaign against Senator Ted Cruz (R-Texas), which he lost by a razor-thin margin. Later on, O'Rourke announced a campaign for the Democratic presidential nomination, but abandoned it in November 2019, months before the primaries and caucuses.

Following his withdrawal from the presidential race, O'Rourke formed a political action committee to help Democrats in Texas in the run-up to the 2020 election. He has also taught virtual classes at two universities in the state.

In recent years, Democrats have attempted to gain ground in Texas, but their attempts have been thwarted by a series of setbacks. Former President Donald Trump won the state for the second time in 2020, as Democrats struggled to make any gains down the ballot.

In the wake of those results, Hinojosa reportedly urged O'Rourke to consider running for governor, because he believes that a strong candidate could improve the party's chances of toppling the Republican incumbent.

“I told him that I thought that we needed a strong candidate for governor and he certainly fit that mold, and that, in my opinion, if anybody could beat Abbott, he could beat him,” Hinojosa said.

The Texas Democratic Party commissioned an election review after their losses in 2020, ultimately finding that a lack of in-person campaigning and insufficient public mobilization during the coronavirus pandemic played a key role in their defeats, AP stated.

In early May, Lone Star state lawmakers passed the bill containing several restrictions on voting. For instance, the bill would make it illegal to provide voters with a mail-in voting application if they had not requested one, as well as to use public funds to promote the delivery of mail-in voting applications by third parties. Moreover, it would redistribute the polling sites, which some critics see as an attempt to block mostly Democratic communities of the state from having a wide set of places to cast a vote.

Democrats believe the new law could reduce voter turnout and damage their chances of winning in Texas.

Almost Half of Texans Would Vote for McConaughey Over Abbott for State Governor, Poll Reveals