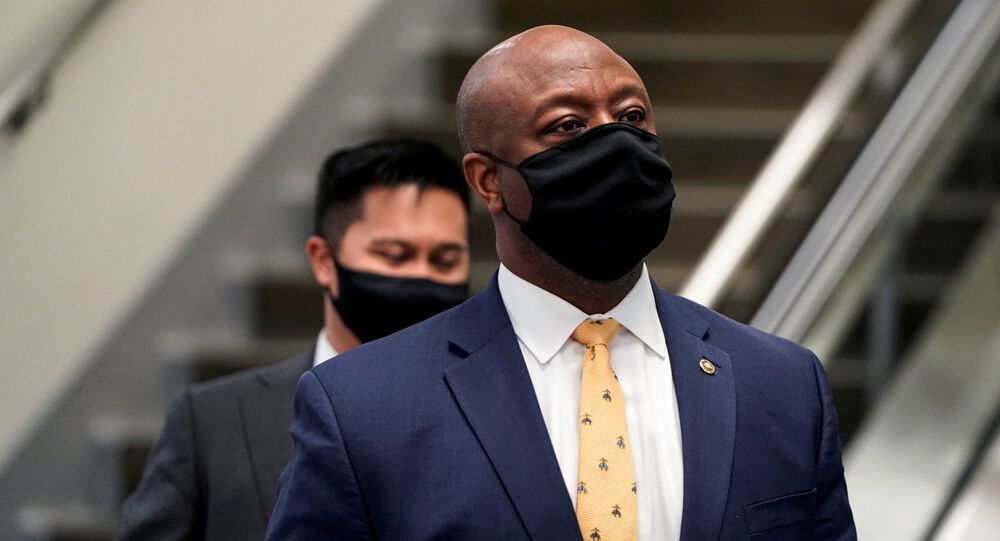 The Democrat apologised following a now removed post where he used the racial slur, made in connection with the Republican's response to Joe Biden's congressional address.

Gary O'Connor, chair of the Lamar County Democratic Party in Texas, has offered an apology after dubbing Republican Senator Tim Scott from South Carolina an "Oreo".

"To Sen. Tim Scott, the residents of Lamar County, especially our Black residents, and to my family and friends, I profoundly apologize for the racially insensitive remark I made towards Sen. Scott last week", O'Connor said. "I was wrong and I apologize".

Although he made the controversial remark in a now deleted post on Facebook, screenshots of the publication are circulating on other social media platforms.

​O'Connor tendered his resignation following the remark, but it was rejected by local officials.

The party said that the Democrat is known for his activism for racial justice and his latest comment was incompatible with his core values.

"Lamar County Democrats recommit ourselves to conduct our private conversations and our public social media discussions with anti-racist, pro-reconciling attitudes and language. We strongly condemn bigotry of any kind and will continue our historic efforts to work for justice and equality for all our fellow citizens", the party concluded.

The contentious remark was made following Scott's response to Joe Biden's congressional address, in which the president stressed the need to eradicate systemic racism in the US. The Republican argued that America was not a racist country and that it is wrong to "use our painful past to dishonestly shut down debates in the present".