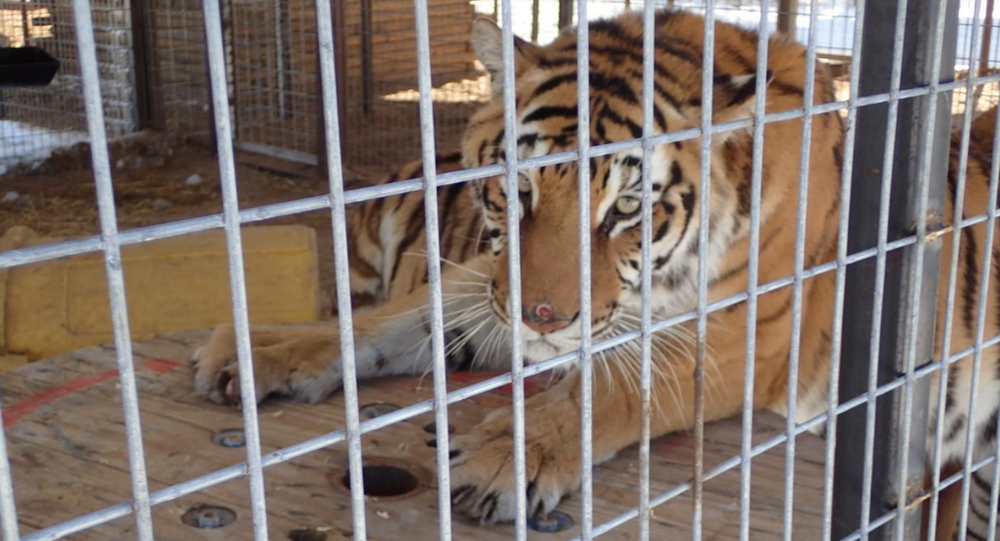 Federal agents with the US Department of Justice have seized a total of 68 protected tigers, lions, lion-tiger hybrids, and a jaguar from the Tiger King Park belonging to Lowe and his wife, Lauren Lowe.

The feds' execution of an authorized search and seizure warrant comes as a result of the Oklahoma facility's continued Endangered Species Act (ESA) violations.

Authorities claimed on Thursday that, since mid-December, the US Department of Agriculture's Animal and Plant Health Inspection Service has conducted three inspections at Tiger King Park.

"During these inspections, the Lowes received citations for failing to provide the animals with adequate or timely veterinary care, appropriate nutrition, and shelter that protects them from inclement weather and is of sufficient size to allow them to engage in normal behavior," the DoJ detailed.

Due to the big cats being protected animals in the US, the DoJ has also alleged that these violations constitute violations of the ESA.

Agents with the USDA and the Department of the Interior's Fish and Wildlife Service are handling the ongoing investigation.

News of the seizure comes days after a judge found the Lowes in contempt for violating a previous order regarding animal rights and breeding.

"They don’t want to fight this anymore. They don’t want to do it," Daniel Card, attorney for the couple, told US District Judge John F. Heil III. "They want to give the tigers to a ... sanctuary of their choice and be done with it."

While Joe Exotic has relinquished his ownership of his zoo and animals, the "Tiger King" star has remained in the press as he continues to campaign for a presidential pardon.

In his most recent statement from prison, Exotic revealed that his prostate-specific antigen "count came back very high for prostate cancer."

"I don't want anyone's pity what I need is when John Phillips gets the evidence he is working on, I need the world to help him get President [Joe] Biden, VP [Kamala] Harris and the Attorney General to listen to the evidence and see that it's not just city cops out of control with corruption, but his very own Department of Justice and make this right and sign that pardon that Trump left behind so I can go home and get proper medical care and proper food," the 58-year-old wrote.

Despite his staunch support of former US President Donald Trump, Exotic was unable to secure a pardon during 45's presidency.

Get Your Own: Netflix Cracking Down on Password Sharing With New Feature