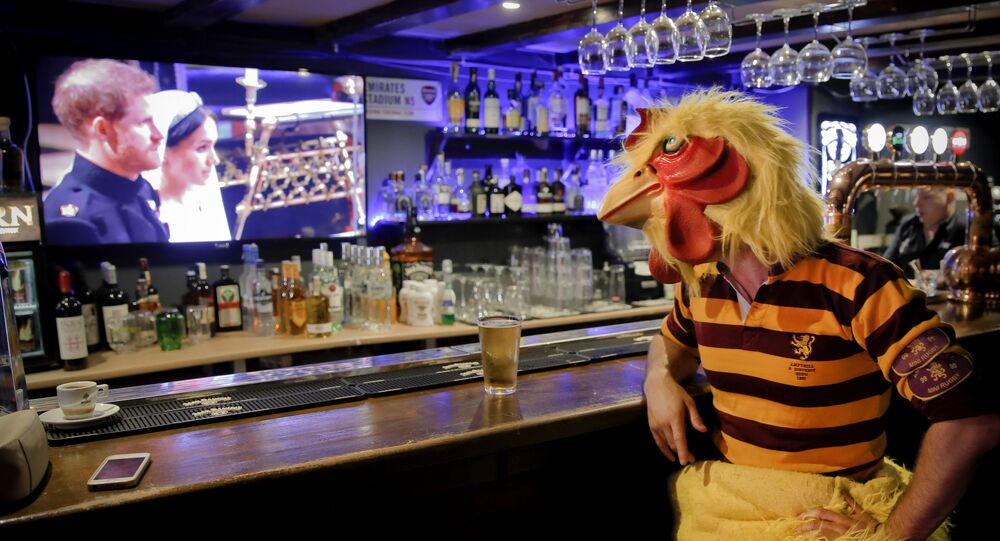 The Duke and Duchess of Sussex moved to their luxury California mansion to live a “simple life”, and they have tried their best to make their experience as “authentic” as possible. Meghan even saved eight chicks from a factory farm to live with them: “I just love rescuing”, she told Oprah Winfrey during their controversial interview.

Prince Harry and Meghan are being warned about a giant bear wandering close to their Montecito home, as the animal has already killed eight hens in a nearby coop belonging to their neighbour.

Penelope Bianchi, 74, told the Sunday Mirror about the tragic event that happened to her pet chickens:

“We were having dinner outdoors and heard the chickens making a commotion,” the worried woman explained.

“It’s a good thing we were at home otherwise we’re sure the bear would have broken into the garage to finish off all the chickens.”

The giant creature was captured by security cameras before attacking her flock and prompting the LA resident to call the police, which arrived to the scene with non-lethal weapons.

Penelope lives just next to Oprah Winfrey, America's queen of chat, who had interviewed Harry and Meghan back in March about their decision to quit the royal life.

During the programme, the Sussexes showed the host their “Archie’s Chick Inn” coop, which they have constructed at their £11 million mansion to live a “simple” and “authentic” life with chicks which Meghan had rescued from a factory farm.

But as the bear, nicknamed ‘Carlos’ by the locals, took to Montecito's streets in a killing spree to be stopped by no one but sharp sounds, including sirens, the couple’s neighbour is worried that their flock is in danger.

“It’s the first time this has happened in 40 years. Please, please Meghan and Harry, get these devices so your chickens are safe and the bear is safe,” Bianchi said, referring to a motion-sensor floodlight and other equipment used to scare off bears.

She was forced to install the devices after the incident.

California’s Department of Fish and Wildlife said it was the smell of chicken that was to be blamed for Carlos’ arrival:

“It’s not like they can’t afford fresh eggs but for some reason the folks there think they need a chicken coop,” the department’s spokesperson said.