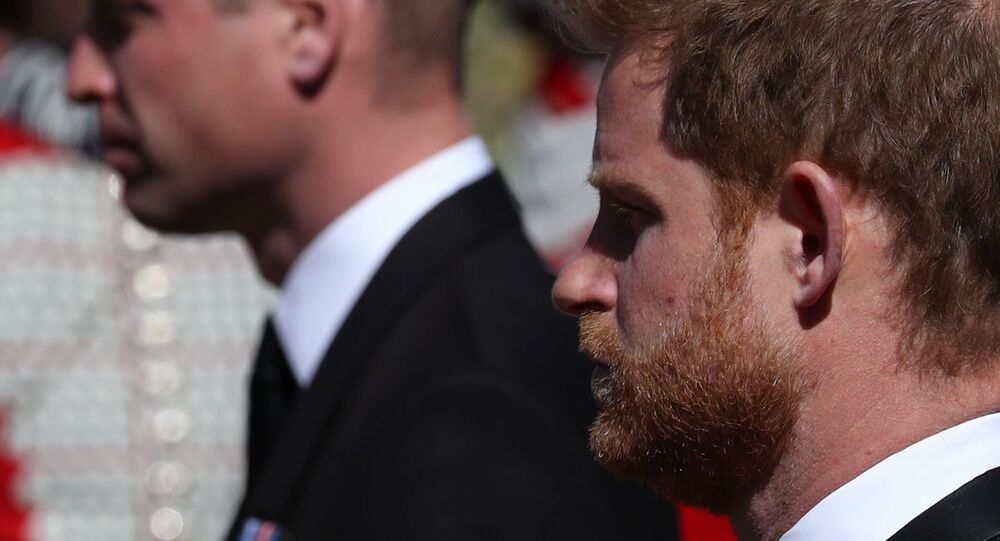 The Duke of Sussex told Oprah Winfrey, America’s legendary talk show host, that his older brother William and father Charles were “trapped” in the royal institution with no chance of getting out like he did. Oprah interviewed Prince Harry and his wife about their decision to call it quits and depart Buckingham Palace last year.

Prince Harry “knew what he was doing” when choosing to attack the royal family in a bombshell interview with Oprah Winfrey, royal writer and expert Ingrid Seward has told Page Six.

According to the acclaimed author, who has most recently penned the biography ‘Prince Philip Revealed’ , it was unlikely that the runaway prince regrets the scandalous talk, during which he and wife Meghan claimed that there were “concerns” coming from one unnamed senior royal about the skin tone of their yet-unborn son Archie.

“I can swear to you that, and he wanted to rock that boat. Quite why, I don’t understand, but he did want to,” Seward alleged. “And then he did, and I don’t think he’s surprised by the repercussions or that he regrets it for a moment.”

Seward, who also works as an editor-in-chief for Majesty Magazine, said that she could not possibly understand Meghan’s claim that she was denied help from Buckingham Palace’s HR department when feeling suicidal but wasn’t able to go to hospital herself: “I couldn't, you know, call an Uber to the palace,” the duchess famously claimed.

“I find that so difficult to understand … what she was trying to tell us there,” the expert said. “You don’t go to the HR department in the UK. You go and see a doctor, or you say to your husband, ‘Darling, I feel dreadful, I need you to find someone.’ Harry was in therapy himself, so he must have known people.”

Seward believes that Prince Harry was actually the one to blame for failing to explain to his future wife “the ordinary things about being royal”.

“That it’s not about you, it’s about the monarchy — it’s not like being a celebrity,” the expert argued, suggesting that Markle was struggling in the palace because “she has always had a voice and I think she just didn’t understand that as a royal duchess, you can’t have a voice”.

Apart from “racism” claims and an alleged lack of support from the royal family following harsh treatment from the British media, Meghan’s husband Prince Harry has personally targeted two future kings during the ‘tell-all’ interview - Prince William and Prince Charles - claiming that his brother and father were “trapped” in ‘The Firm’.

© REUTERS / POOL
Britain's Prince William, Duke of Cambridge, Britain's Prince Harry, Duke of Sussex and members of the Royal Family walk behind the hearse on the grounds of Windsor Castle during the funeral of Britain's Prince Philip, husband of Queen Elizabeth, who died at the age of 99, in Windsor, Britain, April 17, 202

These allegations have been particularly damaging to the British monarchy, Seward believes:

“Nobody attacks the royals. I’ve never heard of a member of the royal family criticising them the way Harry or Meghan does,” the writer says.

The expert’s assessment still significantly differs from the one put forward by another royal author Duncan Larcombe, who earlier told the British tabloid Closer that the prince was now “feeling embarrassed, regretful and awkward” following the interview after he had made a home-coming trip in April for the funeral of his grandfather Prince Philip.