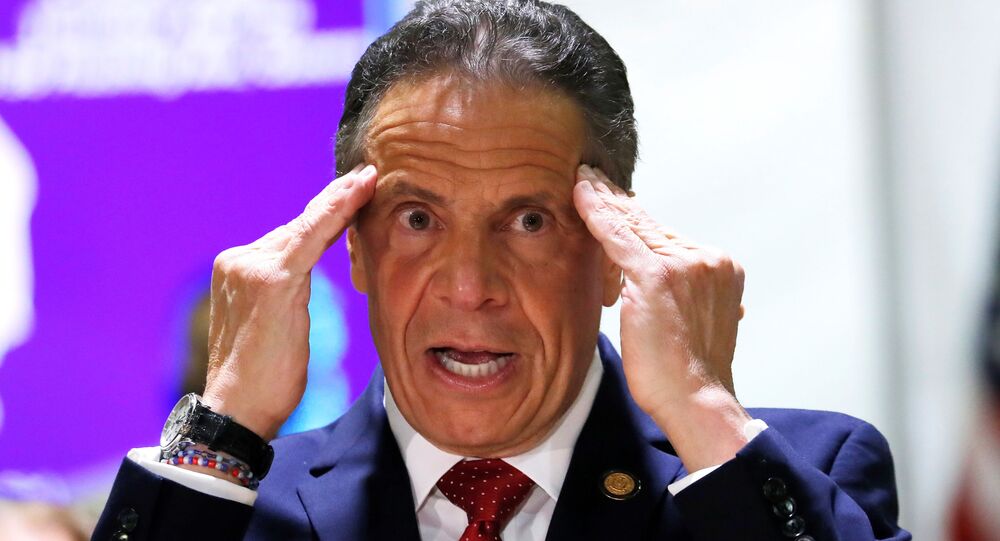 Embattled New York Governor Andrew Cuomo received harsh criticism for his response to the COVID-19 pandemic after reports appeared that his office undercounted deaths at nursing homes in the state. Cuomo is also faces allegations of sexual misconduct from multiple women.

The office of the New York General Attorney has expanded its investigation into state Governor Andrew Cuomo, after further details were revealed about a governor's adviser relating access to COVID-19 vaccine to political support, the Wall Street Journal reported on Saturday, citing anonymous sources.

A number of Democratic party officials reportedly have told investigators that Larry Schwartz, a New York adviser who supervised vaccine distribution in the state, called them to clarify whether they would call for Cuomo’s resignation, while they usually had been communicating with him only to discuss vaccine shipments.

According to the paper, Schwartz also contacted over a half-dozen other officials at the time when state lawmaker and officials demanded Cuomo’s resignation in March.

Schwartz, who stepped down from his position last week, claimed that he wasn’t bargaining with officials on vaccine distribution.

Lindsey Boylan, one of Cuomo’s former aides and alleged victims, tweeted on Saturday that "Larry Schwartz is not a public servant," because he is “an enforcer who represents the worst” of the New York governor's administration.

Larry Schwartz is not a public servant. He is an enforcer who represents the worst of @NYGovCuomo's corrupt administration. Linking life-saving vaccine access to political support for the governor is a criminal abuse of power. https://t.co/Vp41lg4Mbu

Earlier, The Washington Post reported that Cuomo’s inner circle was provided with preferential coronavirus testing during the most severe times of the pandemic. The governor’s representatives denied the accusations, claiming that there were no “VIP-programs.”

At the moment, Cuomo is under two investigations launched by New York Attorney General Letitia James to look into both sexual abuse accusations and the under-reporting of coronavirus-related deaths at nursing homes, that were reportedly intentionally underestimated by the governor's team. The governor has faced calls to be impeached and has been urged by state Democrats to step down.

Cuomo, so far, has refused to admit the sexual abuse allegations or agree to step down.