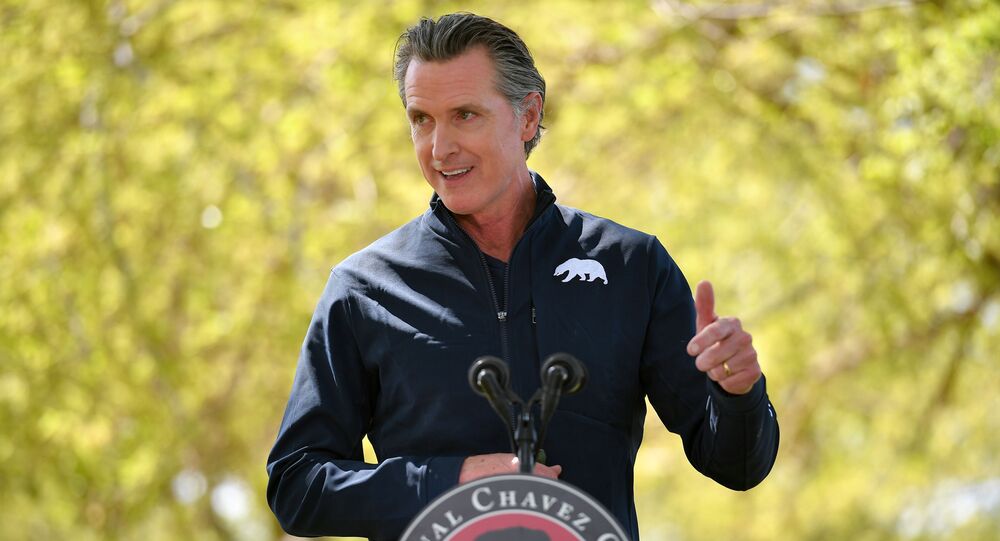 California to Ban Fracking by 2024, Phase Out Oil Extraction by 2045, Governor Says

WASHINGTON (Sputnik) - California Governor Gavin Newsom announced a plan on Friday to end the issuance of new oil fracking permits in the state by 2024 and phase out the extraction of oil across the state by 2045.

"Today, we're announcing that we will phase out all oil extraction — as part of a world-leading effort to achieve carbon neutrality — and ban fracking by 2024," Newsom tweeted.

The announcement came on the heels of a refusal by state lawmakers earlier in April to adopt a bill prohibiting fracking and other fossil-fuel extraction, one day after the environmental Earth Day holiday, as well as a global virtual climate summit put on by the Biden administration.

Newsom took the measure in part due to ongoing attempts to recall him, with environmental activists slamming the governor for not making enough efforts to advance the fracking bill and conservatives criticizing him for not doing enough to keep the oil flowing.

Earlier, the governor said that fracking accounts for just 2 percent of crude output in California — one of the largest oil-producing states in the US. Industry groups claim that share is much bigger - as high as 17 percent - triggering dispute over how impactful a ban would be.

US President Joe Biden suspended the issuance of new oil and gas leases on federal land and water areas after he assumed office on January 20. Biden has set a target of halving the US carbon footprint by 2035 and has also committed to investing $400 billion over the next decade on sustainable energy projects including wind, solar and water.