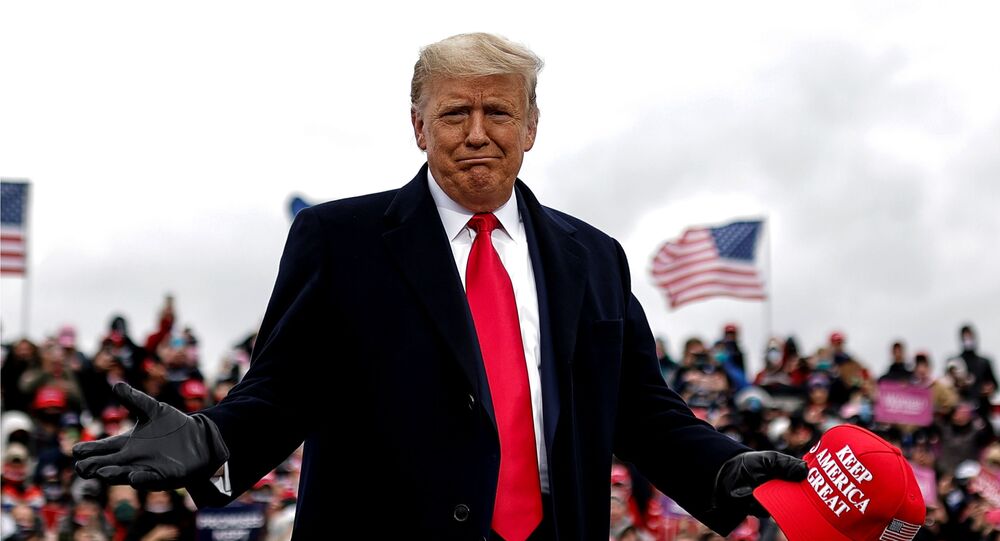 WASHINGTON (Sputnik) - US President Donald Trump says he has signed an order to protect the American energy industry and hydraulic fracturing.

On Saturday Trump wrote on Twitter that his recent order will provide jobs and low energy bills.

Just signed an order to protect fracking and the oil and gas industry. This means JOBS, low energy bills, and continued AMERICAN ENERGY INDEPENDENCE! Sleepy Joe would BAN fracking and destroy American energy jobs! He has NO clue!!

​In a memorandum released by the White House on Saturday, Trump said that hydraulic fracturing, also known as fracking, has become "one of the great success stories of our time," opening up new sources of inexpensive and reliable energy and producing more jobs for Americans.

"As a result of new technologies and my Administration’s continued push for energy independence, our country recently became a net energy exporter for the first time since 1952, as well as the leading producer of oil and natural gas in the world. We are no longer beholden to foreign countries upon which we had depended for decades for the survival of our way of life," Trump said in his memorandum.

© AP Photo / Baderkhan Ahmad
US Moves to ‘Secure the Oil’ in Syria by Building New Base in Crude-Rich Deir ez-Zor
According to an October 2019 report from the Council of Economic Advisers (CEA), mentioned in Trump’s memorandum, the use of fracking and other innovations had lowered energy prices thus saving US consumers $203 billion per year or $2,500 in annual savings for a family of four.

"This memorandum sets forth policies related to protecting American jobs, economic opportunities, and national security by ensuring appropriate support of hydraulic fracturing and other innovative technologies for the use of domestic natural resources, including energy resources. In support of these policies, this memorandum directs certain officials to assess the potential effects of efforts to ban or restrict the use of such technologies," the White House said on Saturday.

Trump stressed in his memorandum that the lower energy prices that are the result of fracking benefit mostly low-income households in the US, as they spend a larger share of their income on energy bills.

Trump has been a strong supporter of the oil industry in the United States. This election year he has criticized his Democratic rival Joe Biden for wanting to ban fracking.

In the last presidential debate, Biden said he would not ban fracking if elected, but later mentioned he would eventually like to make a transition away from the oil industry to clean energy production.