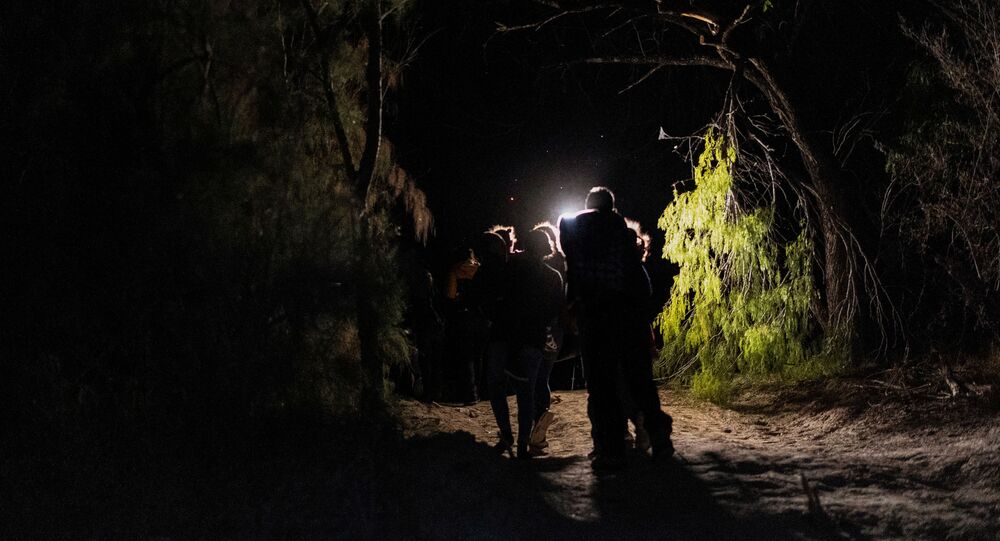 High illegal immigration rates registered amid the current US administration’s tolerant border policy has put American border agencies in turmoil, stirring a backlash from some lawmakers and law enforcement officials.

According to the broadcaster's assertions, criminals pay adolescents and young people at least $3,000 a ride to pick up a group of migrants approaching the US border. The “quest” is to pass checkpoints in a vehicle loaded with migrants and drop them off at a pre-specified location, from where the immigrants are purportedly taken by a cartel member to hiding places, scattered throughout the border.

As Fox News also reported, children often use their parents’ cars without asking permission and adults sometimes are not aware of the child's profitable “hobby.” The US Border patrol, distracted by an overwhelming influx of minor migrants, does not immediately react to such breaches, claims the media outlet story.

Arizona Governor Doug Ducey announced on Tuesday that he would deploy 250 National Guard troops to the state’s border with Mexico “to support law enforcement efforts,” adding that there is “no action” foreseen from the federal government.

© REUTERS / Go Nakamura
Migrant families wait to be escorted by a local church group to the location where they turn themselves in to the U.S. Border Patrol after crossing the Rio Grande into the United States from Mexico, in Roma, Texas, U.S., April 19, 2021. Picture taken April 19, 2021

Earlier, a number of Republican senators visited the Southern border and reported that they had encountered what they described as “human traffickers and cartel members,” taunting them from “the other side of the river.”

The US border patrol has faced a huge wave of illegal immigration following the Biden administration's relaxing of the former US president's strict border policies. To date, the amount of people smuggled into the US is said to exceed statistics over the last 15 years, with recent estimates expecting 150,000 migrants to approach the US border on a monthly basis.

Biden has not classified the border situation as a "crisis" despite tense public attention and no official visit to the border has been planned by top administration members. At the same time, Biden has not lifted refuge admissions, standing at 15,000 people per year, although he earlier promised to raise that figure to 62,500.

The surge came amid Biden’s moves to overturn the previous administration’s “zero tolerance” immigration policy. So far, the Biden administration has suspended US-Mexico wall construction, along with the Migrant Protection Protocols (MPP), and allowed unaccompanied migrant children to enter the country, prompting space and personnel shortages in temporary housing facilities.

The influx of migrants is also believed to be partially triggered by devastating storms that hit Central America in November 2020, along an adverse economic situation due, in part, to the coronavirus pandemic.