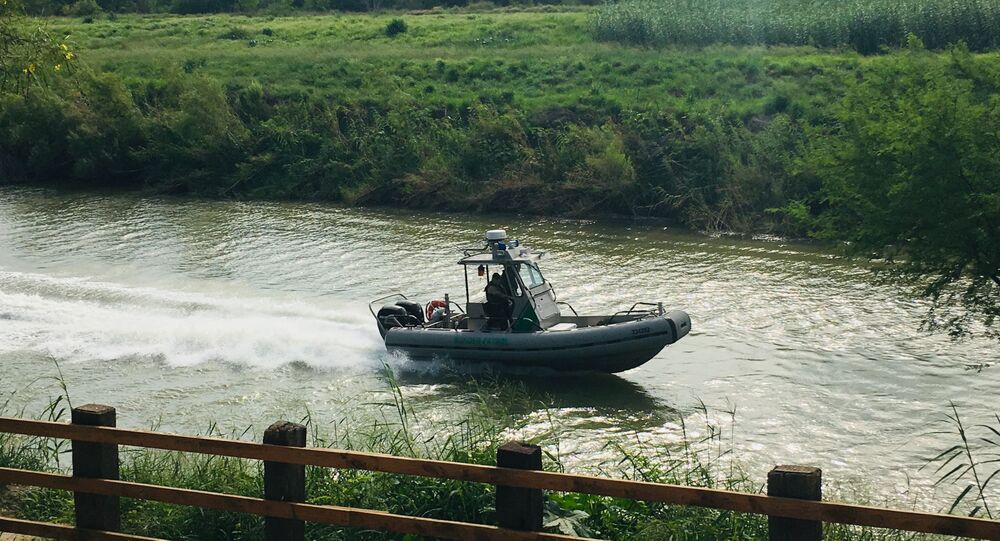 A former captain who had worked for the Intelligence and Counterterrorism Division of the Texas Department of Public Safety reportedly described the events depicted in the video “handoff” of migrants from “a criminal organization” to a “US law enforcement officer”.

A video that appears to depict migrants crossing the Rio Grande from Mexico to Texas has recently emerged on social media.

According to Fox News, the video first appeared on the TikTok account of "Tripwires & Triggers" which is “a service started by Jaeson Jones to keep the public informed about the situation at the southern border”.

"What you are about to see are migrants who have just paid the Peso or the tax to the Cartels and an independent smuggling group working directly for a Cartel," Jones, a former captain in the Intelligence and Counterterrorism Division of the Texas Department of Public Safety, said in his video narration. "You’re literally seeing a handoff from a criminal organization, that is responsible for thousands of murders in Mexico, handing these people off to a US law enforcement officer".

Another version of the video, without commentary, was posted alongside the TikTok post, but this time using Twitter.

​The post pointed out that the Biden administration "denies any kind of 'open border' with Mexico", and has "refused to call the dramatic increase in migrants - particularly child migrants, who cannot be expelled under Title 42 - a crisis".

Recently, US Customs and Border Protection (CBP) officials faced a large influx of migrants, mostly from Central America, attempting to illegally cross the southern US border.

Earlier, the Biden administration announced a bill that will provide citizenship to about 11 million illegal immigrants living in the US, with POTUS also pledging to increase the annual refugee admissions cap to 125,000.

Biden’s border policies have been criticized by Republican lawmakers in the region and also by the previous US president, Donald Trump, who complained that construction had been stopped on the US-Mexico border wall.