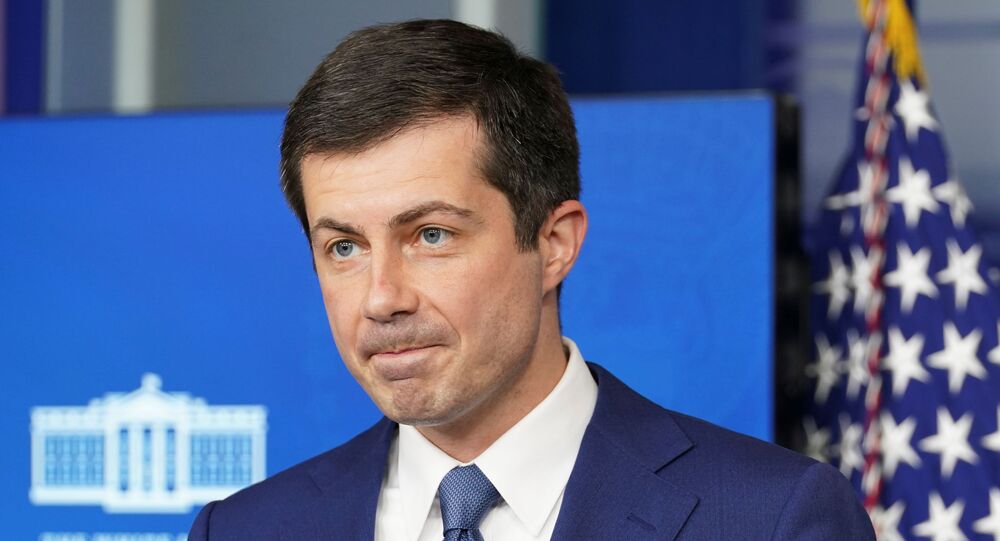 US Transportation Secretary Pete Buttigieg, speaking to theGrio's April Ryan on Tuesday about the Biden administration's infrastructure plan, claimed that racism is "physically built into" the American highway system.

"Well if you’re in Washington, I’m told that the history of that highway is one that was built at the expense of communities of color in the DC area. There are stories and I think Philadelphia and Pittsburgh [and] in New York, Robert Moses famously saw through the construction of a lot of highways,” Buttigieg said.

Responding to a question about how infrastructure investment will be distributed under The American Jobs Plan, the Transportation Secretary underlined that the Biden administration considers it important that dollars are designated "equitably". He referred to examples when the investments are absent or made "in the wrong way".

However, according to Buttigieg, the Biden administration will try to fix that by implementing what it calls the "Justice40 Initiative", with a goal of "delivering 40 percent of the overall benefits of relevant federal investments to disadvantaged communities and tracks performance toward that goal through the establishment of an Environmental Justice Scorecard."

© AP Photo / UNCREDITED
The 41,000-mile interstate system of superhighways, clover-leaves and bridges appear as a patchwork of completed and under-construction roads - easy traveling and detours. Over half of the system, 21,500 miles, is open to traffic, and millions of motorists will travel to their vacations this summer faster and safer than on the old roads shown June 29, 1966.

Buttigieg's move to higlight what he suggests is racism in the US highway system received immediate criticism in social media and from prominent conservatives like Fox News TV host Tucker Carlson, who was quick to come up with an example of the road in New Orleans that were already dubbed "racist" by some activists - the Claiborne Expressway.

“For years, she [activist Amy Stelly who called the road “an eyesore" and claimed it contributed to pollution] has demanded local leaders get rid of it. But they refused. People use it. It’s an important stretch of road,” Carlson said. “But now the White House, and Joe Biden’s infrastructure plan, have decided that highway is an example of ‘historic inequity’ and that can be solved by ‘billions in new spending.' In other words, it’s a racist highway, and we’ve got to pay to tear it down.”

The conservative TV host suggested that "people who believe highways are racist will get tens of billions of dollars as part of this plan." He was not alone in his criticism.

HOW IS IT POSSIBLE that these fools don't see how ridiculous they sound?
Portland school postpones vote on changing mascot to evergreens over racism concerns AND Buttigieg says 'There is racism physically built into our highways'
So are we going to cancel trees and highways now? pic.twitter.com/BnPzk6ZtHW

So Highways are racist now pic.twitter.com/3aXcOD9FR0

Why not study the highways that were built in NY to intentionally segregate the neighborhoods & bridges were build low enough so that buses can’t travel on parkways. Highways are not racist but the policies behind them could be racist.

​Some users joked about how "everything is racism and infrastructure", referring to how Democratic Senator Kirsten Gillibrand offered her variations for infrastructure and received even more options from netizens in return.

Everything is racism and infrastructure and some things are both!

Wow - so racism is infrastructure? https://t.co/zeFjbmFXGa

​Embattled Republican Representative Matt Gaetz weighed in to ridicule Buttigieg's remarks, as did other GOP members.

Mayor Pete well aware that he didn’t get black votes in the 2020 primary....

If we don’t push back against this Biden lunacy now, we’re done.

Doubts and criticism among those observers who voiced concerns of a possible "class war" with the wealthy triggered by the implementation of this plan, saw some experts suggested that economic damage from the legislation would outweigh its benefits.

The previous US president, Donald Trump, also opposes the plan, saying that instead of delivering benefits and improving infrastructure, the legislation would "send thousands of factories, millions of jobs, and trillions of dollars" overseas to escape higher taxes, which could severely undermine American workers.