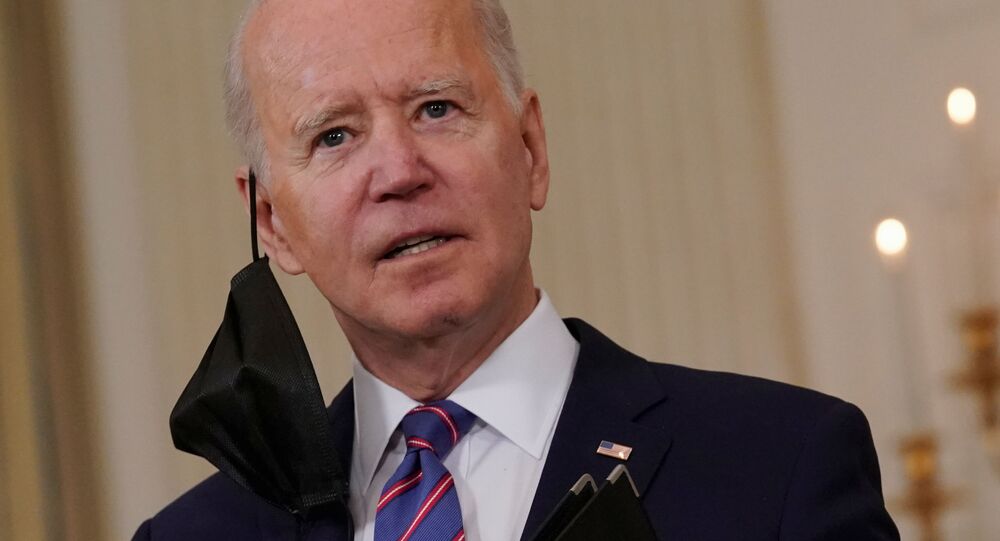 The US president's major infrastructure plan that includes the first massive federal tax increase in decades has met opposition from many, particularly Republican lawmakers and the previous president, Donald Trump, who slammed the plan as a "massive giveaway" to China.

Corporate tax hikes included in Biden's $2 trillion infrastructure plan may cause damage to the US economy that could outweigh the benefits provided by the proposal, claims a new study by the Tax Foundation think-tank that was released in late March.

According to the think-tank, federal investment will not deliver as many economic returns as private investment, "5 percent versus 10 percent."

"A dollar of federal spending results in only $0.67 worth of actual investment because state, local, and private sector entities reduce their spending in response to the federal dollars", think-tank president Scott A. Hodge said. "Federal investment financed by debt or taxes could do more economic harm than good because federal borrowing and taxes crowd out private investment. To avoid harming the economy, federal investments should be financed by cuts in other discretionary programs."

"The net effect is 'that $1 increase in federal investment reduces investment by states, localities, and private entities by one-third of a dollar.' In other words, when the federal government invests $1, nonfederal sources reduce their investment by $0.33, which leaves a net investment of $0.67, not the full $1", the Tax Foundation announcement asserted.

The think-tank study concluded that "the economy would be better off if the $2 trillion in taxes that President Biden wants to finance his package were left in the hands of the private sector."

US President Joe Biden rolled out his infrastructure plan last week, particularly asking to increase the corporate tax rate from 21% to 28%, while also skyrocketing the global minimum tax on US corporations, to 21% from 13%.

According to the president, who pitched the decision to raise taxes under his plan as key to building the “strongest, most resilient, innovative economy in the world", the move "will not slow the economy at all".

"We're asking corporate America to pay their fair share", he insisted during his Friday remarks.

Not everyone appears to agree with his enthusiasm over the infrastructure plan. Among vocal critics of Biden's initiative are former US President Donald Trump, who said that the plan "will crush American workers and decimate US manufacturing, while giving special tax privileges to outsourcers, foreign and giant multinational corporations".

"Sacrificing good paying American jobs is the last thing our citizens need as our country recovers from the effects of the Global Pandemic", Trump said in a statement on his Telegram social media account.

Other observers suggested that Biden is risking a "class war" against the wealthy, warning that tax hikes will push American companies overseas to escape high tax costs.