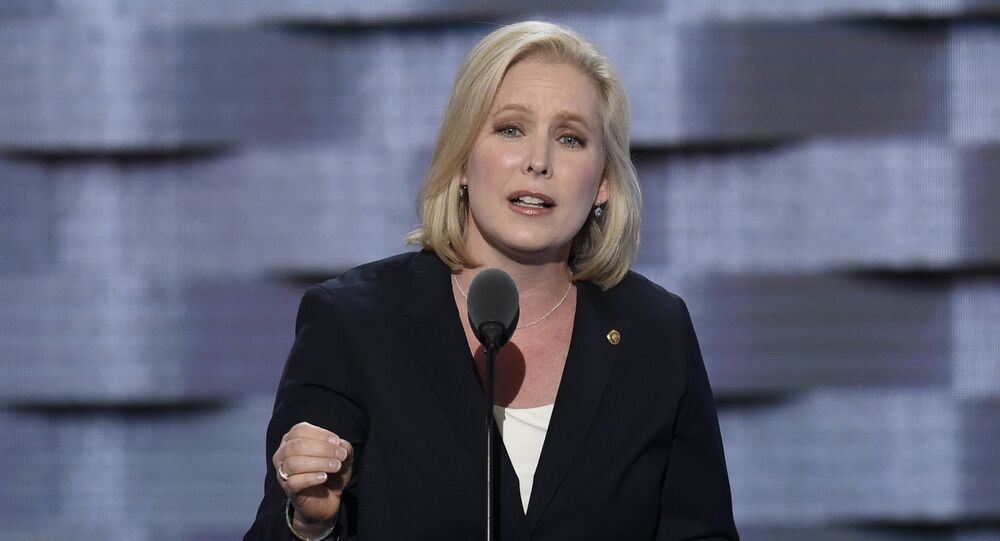 Last week, US President Joe Biden rolled out a $2 trillion infrastructure plan for the nation, particularly requesting a corporate tax increase from 21% to 28% - an initiative that has drawn mixed reaction.

Democratic US Senator Kirsten Gillibrand received a storm of ridicule after tweeted on Wednesday that paid leave, childcare and caregiving should be considered as "infrastructure".

Her tweet came amid struggles of the Biden administration to pass the president's bill on infrastructure rebuilding in the US, designating over $2 trillion to pump up the “strongest, most resilient, innovative economy in the world". Some supporters of the debated plan have cast doubt on Gillibrand's move to label child care and paid leave as "infrastructure".

Some accused Gillibrand of trying to redefine the term "infrastructure", that typically means “basic physical and organizational structures and facilities", to fit into a narrative her political party seeks to promote.

Oh look, a progressive trying to redefine a word to fit their ideological narrative. How refreshing.

I mean I agree these things are as important and should be funded similarly but they aren't "infrastructure" they are social benefits. Again I support them, but words have meanings.

​Netizens immediately and sarcastically bombarded the thread with their own variation for infrastructure, rolling out absurd pitches including mayonnaise and unicorns.

Are we doing this right?

Is mayonnaise an infrastructure? pic.twitter.com/hiSal4HwIH

​Even 4chan humor was evident.

your mom is infrastructure

​Debate over how to define the word 'infrastructure' within the context of rebuilding the US economy comes as the Biden infrastructure plan envisages increasing the corporate tax rate from 21% to 28%, along with propelling the global minimum tax on US corporations to 21%, from 13%.

The initiative, which will increase federal taxes for some for the first time in 30 years, sparked discussion, support and some criticism from observers. Critics of the plan suggest that it could lead to a "class war" against the wealthy, with one of the loudest opponents of the bill, the former US president, Donald Trump, describing the plan as a "massive giveaway to China".

Biden has touted the plan as a key steps to his "build back better" campaign platform, insisting that its implementation will not slow the US economy and pointing out that his administration is simply "asking corporate America to pay their fair share".