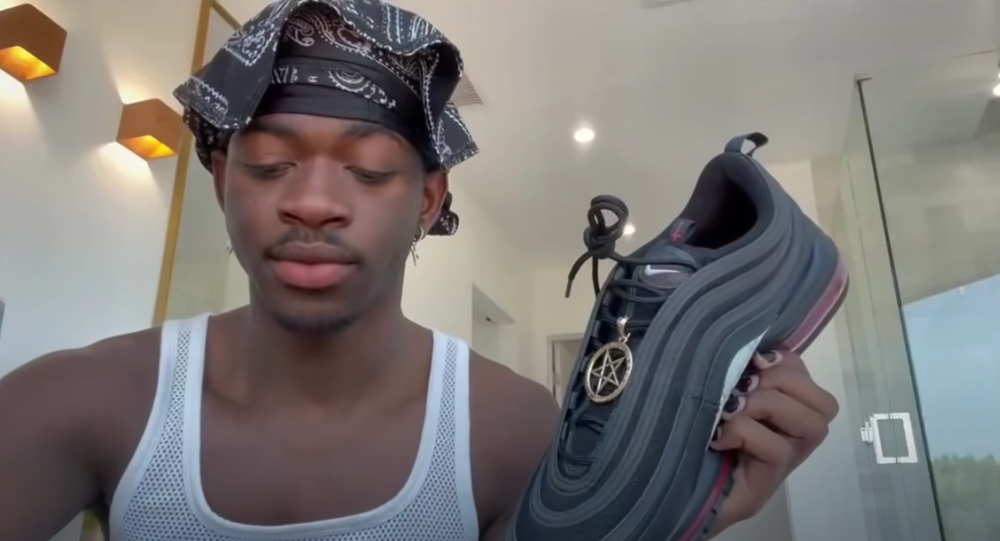 Last month, MSCHF Product Studio, Inc., was hit with a swift lawsuit from Nike over the release of its "Satan Shoes," featuring recording artist Lil Nas X. "We do not have a relationship with Little Nas X or MSCHF. Nike did not design or release these shoes, and we do not endorse them," the company announced a day before the court filing.

In a Thursday evening statement, Nike confirmed reports that it reached a settlement with New York-based art collective MSCHF regarding its decision to alter 666 pairs of Nike Air Max 97 for its "Satan Shoe" rollout and promotion of Lil Nas X's music.

"MSCHF also previously released Jesus Shoes, which used a Nike Air Max 97 as the base. In both cases, MSCHF altered these shoes without Nike's authorization. Nike had nothing to do with the Satan Shoes or the Jesus Shoes," the company expressed.

The Jesus shoe's no one cared about🙄 pic.twitter.com/2bThYMuh12

"Today, April 8th, Nike and MSCHF have agreed to settle the lawsuit."

Per the settlement, MSCHF has agreed to launch a "voluntary recall" for those who purchased either shoes.

Those seeking to return their shoes will be refunded the "original retail prices."

"The parties are pleased to put this dispute behind them," Nike's statement concluded, without further details of the settlement.

David H. Bernstein, counsel for the art collective, also issued a news release on the matter, claiming that while MSCHF planned to use the "First Amendment rights of artistic expression" to defend its "Satan Shoe" release, the collective "recognized that settlement was the best way to allow it to put this lawsuit behind."

While Nike has settled one case, another legal battle may be gearing up over its own controversial release of its "Nike Air Force 1 USPS."

In an April 1 statement, the US Postal Service (USPS) highlighted that the company did not seek authorization or licensing from the postal service.

"This is an unfortunate situation where a large brand such as Nike, which aggressively protects its own intellectual property, has chosen to leverage another brand for its own gain," the USPS said, adding it will "take whatever actions it deems necessary to protect its valuable IP rights."