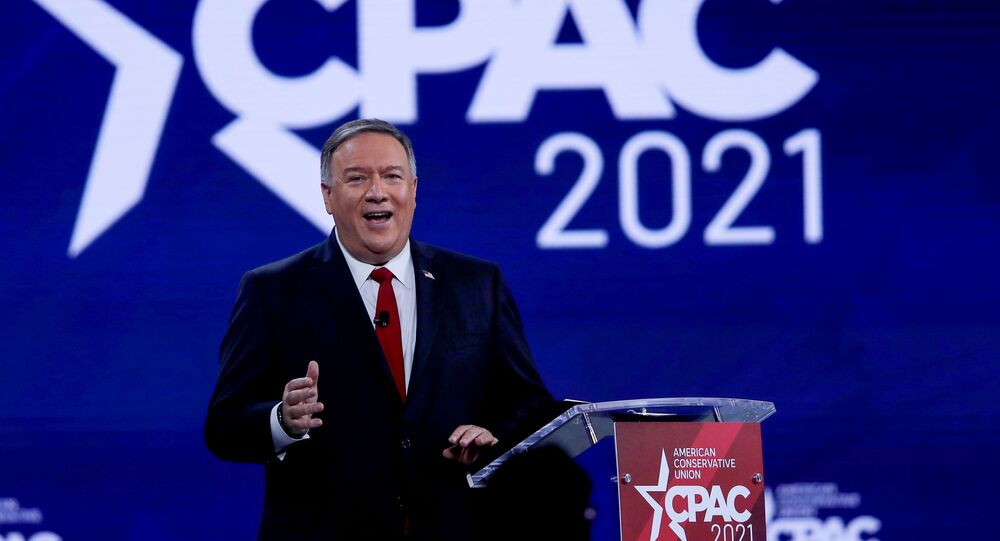 Pompeo is bound to feel as being "at home" in his new role, since he often appeared on the Fox News Channel during his tenure as the head of the American diplomacy, giving his view on the global events from Trump's “American First” perspective.

Fox News has announced hiring ex-Secretary of State Mike Pompeo to be a new contributor on both Fox News and Fox Business channels, with his first debut scheduled for 9 April on the "Fox & Friends" morning show. The former politician, who led the foreign part of President Donald Trump's agenda, will appear both during primetime and daytime on the channel to lend his expertise, the channel said.

"Mike Pompeo is one of America’s most recognized and respected voices on foreign policy and national security issues," Fox News said in a statement praised their latest addition to the contributors' roster.

The former secretary of state, in turn, promised in the Fox News press released to provide the channel's viewers with a "candid, no-nonsense look" at a variety of topics that include geopolitics, foreign affairs and the America First policies laid down during Donald Trump's tenure. Pompeo didn't miss the opportunity to praise his former boss' approach to foreign and domestic policies for charting "the course for unprecedented American prosperity and security."

During his tenure on the top diplomatic post, which started in 2018, Pompeo was already a frequent guest at Fox, just as Donald Trump was. He is also not the first Trump administration's member to be tapped by the broadcaster. Fox News earlier announced that former White House Press Secretary Kayleigh McEnany would hold the seat of one of the four female hosts at the "Outnumbered" daytime news and talk show. The program, hosted by four women and one male presenter (hence the show's name) focuses on the discussion of actual news and media headlines.

'Strong Maybe': Pompeo Not Ruling Out Running in 2024 Presidential Race