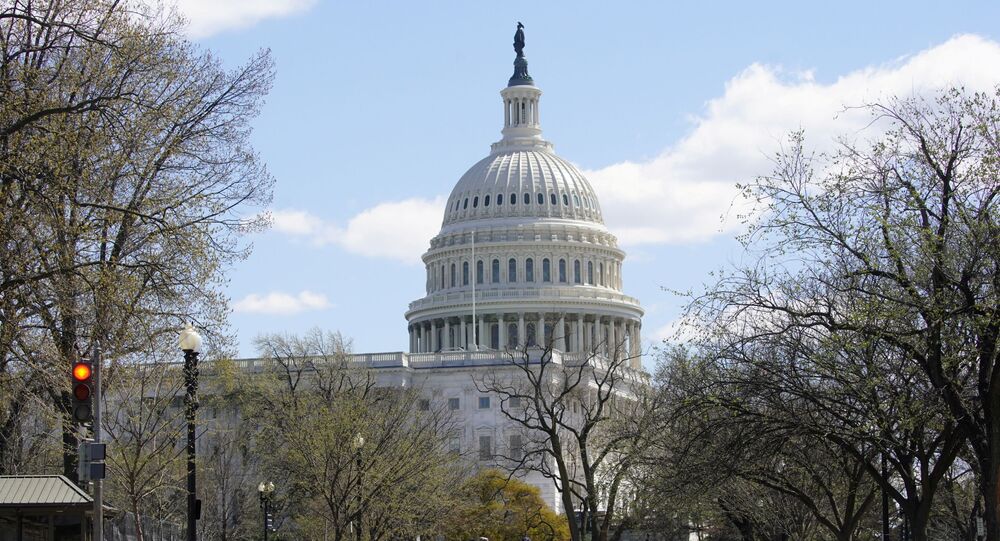 According to the acting chief of US Capitol Police, the suspect shot by officers in an altercation outside the Capitol building on Friday exited his vehicle and charged the officers with a knife in his hand.

Acting US Capitol Police (USCP) Chief Yogananda D. Pittman told reporters in Upper Senate Park in Washington, DC, on Friday afternoon that a suspect shot by Capitol Police officers earlier in the day was not known to USCP and that there was no indication of “any nexus to any member of Congress.”

Pittman said that 1:02 pm, "a suspect entered what we refer to as the 'north barricade of the Capitol.' The suspect rammed his car into two of our officers and then his the north barricade barrier. At such time, the suspect exited the vehicle with a knife in hand. Our officers then engaged that suspect, he did not respond to verbal commands. The suspect did start lunging toward US Capitol Police officers, at which time US Capitol Police officers fired upon the suspect."

She noted that the suspect had been pronounced dead, while two USCP officers were transported to different area hospitals, one of whom has since also died. She released no names at the press conference.

Acting chief of US Metropolitan Police Department (MPD) Robert Contee told reporters the MPD's homicide and internal affairs divisions were taking over the investigation of the crime scene. He said there did not appear to be any indication the attack was terrorism-related, but the investigation is ongoing and investigators will continue to see if there's any links to terrorism.

Citing four law enforcement officials, NBC News later identified the suspect as 25-year-old Noad Green of Indiana, though he may have been living recently in Virginia. The network also said that Green identified himself as a member of the Nation of Islam in a Facebook post.

Just two hours before the attack, according to CNN, the suspect posted a video on his Instagram account with a caption that said: “The US Government is the #1 enemy of Black people!"

© REUTERS / ALEXANDER DRAGO
US Capitol Police Chief Identifies Slain Officer as 18-Year Veteran William Evans
The White House said President Joe Biden is aware of the incident, and was not in the area at the time. He arrived at Camp David at 12:53 pm EST where he is spending the Easter weekend, media said citing spokesperson Jen Psaki.  Biden in a statement expressed condolences and said he ordered the White House flag to be lowered at half-mast.

Earlier on Friday afternoon, witnesses reported a hail of gunfire outside the north barricade US national legislature. The incident caused the Capitol to be placed on lockdown, and witnesses recorded a US Park Police helicopter landing in the plaza east of the building, between the Capitol and the US Supreme Court.

A Sputnik correspondent at the scene witnessed and took photos of National Guard troops positioned around the perimeter, some carrying riot shields and other protective equipment.

US National Guard troops were still on guard outside the legislature on Friday, having been posted to Washington, DC, in January after supporters of then-US President Donald Trump stormed the building in an attempt to void the results of the November 2020 election.  Five people died in the assault, including a US Capitol Police officer and one rioter who was shot by a USCP officer. Their rioters' efforts ultimately failed, and US President Joe Biden was sworn in under heavy guard on January 20.

However, thousands of troops have remained around the Capitol building to guard against further attacks the FBI had warned of. Large sections of fencing that secluded much of the surrounding area for months have only begun to come down in recent weeks.

Situation Outside US Capitol After Car Rams Into Police Officers

US Capitol Ramming Incident: What Is Known So Far