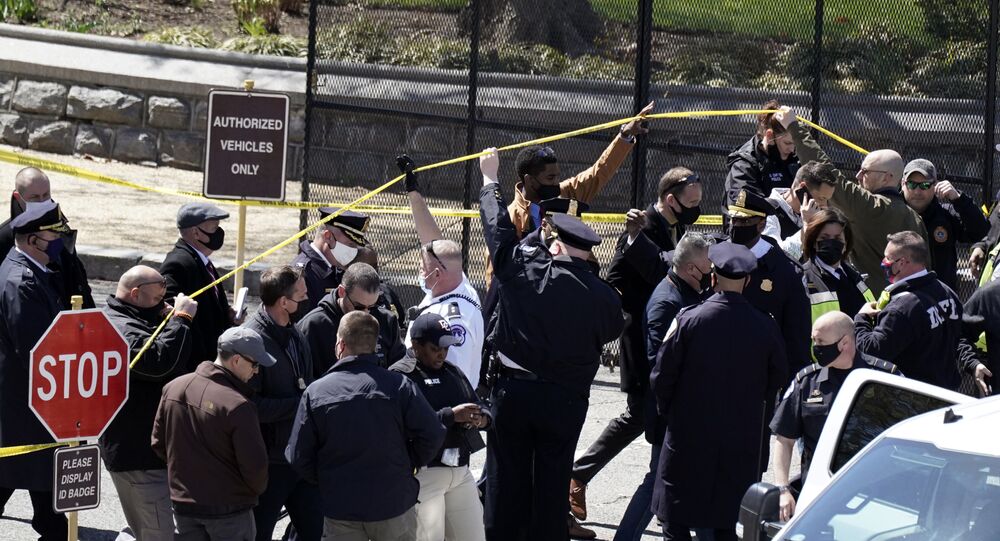 The area surrounding the US Capitol has been locked down after a report of "a security threat", which, according to the police, involved a car ramming incident that injured two people. Gunshots were also reported nearby the Capitol complex, according to AP.

Eyewitnesses of the situation at Capitol Hill, which went into lockdown after a car rammed a barricade, have flooded social media with videos from the scene.

In the video clips, a heavy police presence is seen on the premises of the Capitol, which is sealed off with yellow tape. Emergency services are filmed providing medical assistance to the injured before taking them away on stretchers.

Another video showed a helicopter landing near the grounds, which has since left.

According to US Capitol Police, a vehicle ploughed into two officers at an access point at the Capitol. The driver appeared to be carrying a knife, forcing police to open fire. The shot driver, as well as the two injured officers, were taken to hospital. The suspect's condition is said to be critical. One of the policemen is in serious condition.