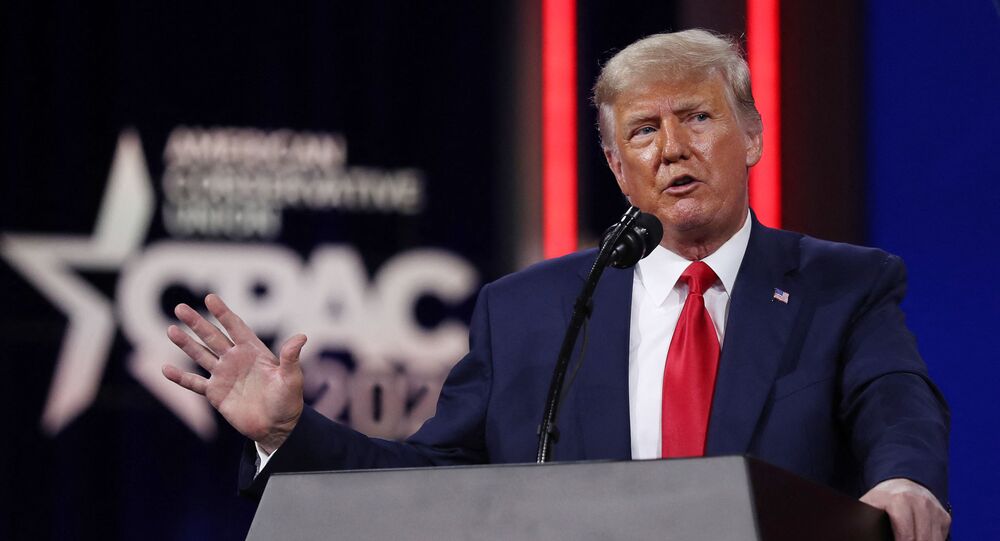 After the deadly 6 January Capitol building storming, Donald Trump’s Twitter account was permanently suspended. Social media moderators cited his “charged rhetoric” that allegedly inspired the mob to storm the Capitol building. The ban was repeated by other major media platforms, forcing Trump to seek other ways to communicate with a wide public.

Trump said in a Monday interview with Newsmax TV that issuing press releases is a “better form” of delivering messages to a wide public that takes less time, when compared to tweets.

“I do press releases and frankly they are more elegant that tweeting as the expression goes,” he offered.

The former US president suggested that "it's probably a better form, and everyone is waiting for it."

“For me it works, for other people it wouldn’t work because press release doesn’t mean that much. When I put out a press release you see what happens – everybody is waiting and I think I’m getting better and more coverage with that than I get with tweeting,” Trump stated.

He asserted that tweeting “gets you in trouble” as retweeting has consequences “because the person, if you didn't do research, that you're retweeting, is not the best."

Earlier, Trump advisor Jason Miller, announcing that the former president is determined to use “his own” social media platform, announced that an unnamed reporter told him that Trump’s statements were “much more elegant” and “more presidential” than tweets.

“The president’s been off of social media for a while. His press releases, his statements have actually been getting almost more play than he ever did on Twitter before,” Miller said on Sunday.

After the 6 January Capitol storming, Twitter permanently banned Trump, also suspending the accounts of many of his more vocal allies . Restrictions also came from YouTube and Amazon. Since that time Trump has issued press releases via email, commenting on the recently-adopted COVID-19 relief bill, the US border crisis and other pieces of the US political agenda.

Trump Reveals What Kind of Letter He Wrote to Biden