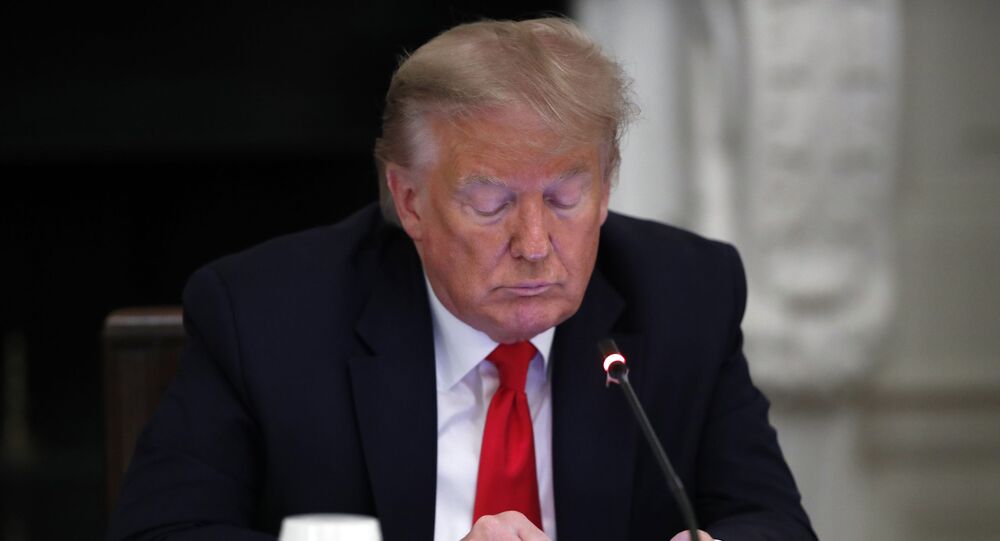 Trump was kicked off every major social media service in the wake of the 6 January Capitol riots, which tech giants accused him of inciting. The former president denied the claims, and has hinted repeatedly that he might make another run for the White House in 2024.

Former president Donald Trump plans on making a triumphant return to social media sometime in the next few months using his own platform, Jason Miller, a communications strategist who served as a key advisor to Trump’s 2016 and 2020 campaigns, has said.

“I do think that we’re going to see President Trump returning to social media in probably about 2-3 months here, with his own platform. This is something that I think will be the hottest ticket in social media, it’s going to completely redefine the game, and everybody is going to be waiting and watching to see what exactly President Trump does, but it will be his own platform,” Miller said, speaking to Fox News on Sunday.

Asked to provide specifics, such as whether the new platform would be created by Trump’s people from scratch or with help from another company, Miller said he couldn’t go “much further than what I was able to just share.”

“But I can say that it will be big once he starts. There have been a lot of high-powered meetings he’s been having at Mar-a-Lago with some teams of folks who’ve been coming in. It’s not just one company that’s approached the president. There have been numerous companies. But I think the president does know what direction that he wants to head here. This platform is going to be big, and everyone wants him. He’s going to bring millions and millions – tens of millions of people to this new platform,” he suggested.

Trump was permanently banned from Twitter, Facebook and Instagram in January, with Google and Apple also scrubbing ‘free speech’ apps popular among his supporters from their stores. The tech giants pulled the plug on Trump in the wake of the 6 January Capitol riots, blaming him for inciting the violence which left four protesters and one police officer dead. Trump denied any wrongdoing, and his allies pointed to his tweets urging followers to “stay peaceful” and “go home” on the day of the riots.

Before being banned, the former president used his @realDonaldTrump Twitter handle successfully for years as his go-to means to bypass the media filter and speak directly to his supporters, Americans generally and other world leaders, with observers obsessively checking back to find out what the president was thinking about or doing.

© REUTERS / Leah Millis
Trump Says ‘I Didn’t Lose to Him’ Laughing at How Biden Stumbled Down Air Force One Stairs
Following his permaban, Trump has resorted to communicating with the media by issuing statements to the press via email, with the latest comments focused mostly on President Biden’s handling of the situation at the southern border, as well as the ongoing coronavirus vaccination campaign, which Trump has expressed support for.

Trump has also spread hints about another run for the presidency in 2024. Last week, he joked that he might be persuaded to run if Duchess of Sussex Meghan Markle joined the race.

On Thursday, US media reported that Trump was planning to interview at least a dozen authors about helping him write his memoirs about his tenure as president.