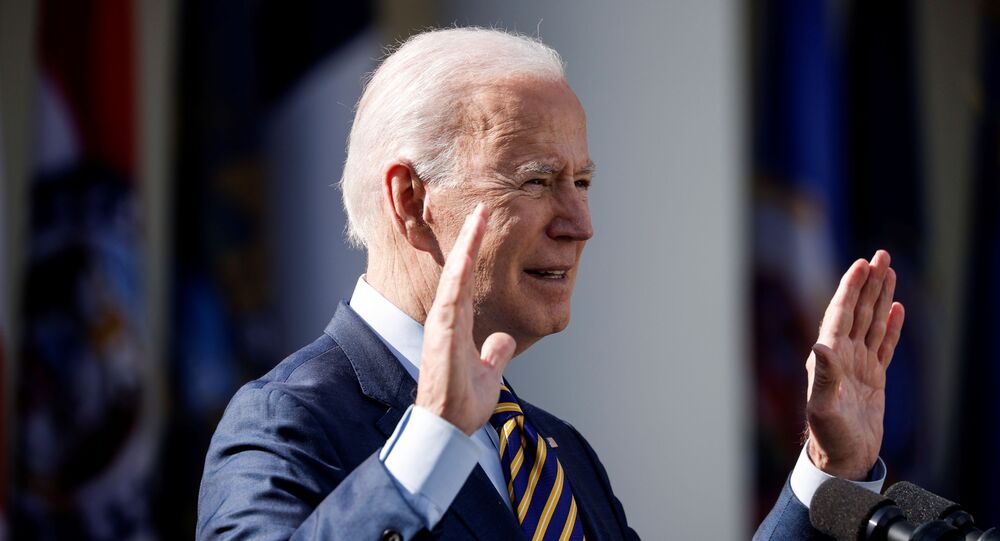 MOSCOW (Sputnik) - Attorney generals from 21 US Republican-led states have filed a lawsuit against President Joe Biden over his cancellation of the Keystone pipeline project.

The lawsuit claims that Biden's order "cites no statutory or other authorisation permitting the president to change energy policy", arguing that "the president lacks the power to enact his 'ambitious plan' to reshape the economy in defiance of Congress's unwillingness to do so".

Many of these red states do not lie on the route of the proposed pipeline, but the suit argues that the cancellation will "have ripple effects that adversely impact the economy and environment in non-pipeline States as well".

The suit also lists Secretary of State Anthony Blinken, US Attorney General Merrick Garland, and other key figures in the Biden administration as defendants.

In his first batch of executive orders on inauguration day, Biden suspended the construction of the contentious pipeline project citing environmental concerns. The pipeline looked to transport oil from tar sands in Alberta, Canada to refineries in Texas.

Biden touted the move as part of a concerted effort to tackle climate change, given that tar sand oil extraction is considered carbon-intense and a pollutant.

The Keystone pipeline project has had an on-again, off-again fate, as the White House switched between Republicans and Democrats in the past decade.