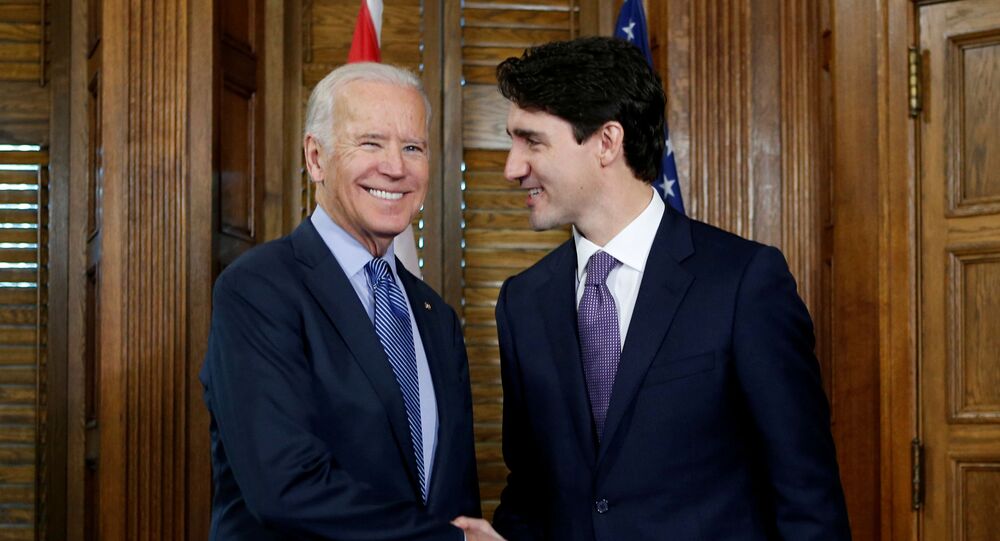 TORONTO (Sputnik) - US President Joe Biden’s decision to revoke the permits for the Keystone XL pipeline extension will be a topic of discussion when he and Canadian Prime Minister Justin Trudeau speak later on Friday, the prime minister told reporters.

In one of his first acts as US president, Biden signed an executive order to rescind the Keystone XL construction permit granted in 2019 by former President Donald Trump.

"I will express my concern for jobs and livelihoods in Canada, particularly in the West, directly in my conversation with President Biden," Trudeau said during a press briefing on Friday.

However, some experts and officials have expressed concern that the Trudeau government is willing to concede on certain Canadian interests, including the Keystone XL extension project, in order to mend bilateral relations, which suffered during Trump’s time in office.

However, some provincial premiers have expressed a desire to see a tougher response to Biden’s decision.

Premier Jason Kenney of Alberta, Canada's largest oil-producing province, urged Prime Minister Justin Trudeau to impose proportionate economic consequences on the United States for revoking the permit or, at the very least, seek compensation for the government of Alberta, which has invested billions in the project and TC Energy, the pipeline’s parent company, for what the premier says is a clear violation of the investor-protection provisions in the US-Mexico-Canada Trade Agreement (USMCA).

While Kenney is the first Canadian premier to openly press Trudeau for more action, he, reportedly, is backed by other conservative premiers who allegedly are ready for "war" with Washington over the decision.

The Keystone is an oil pipeline system that moves Alberta crude oil from the Canadian town of Hardisty to refineries and tank farms in the US states of Illinois, Oklahoma and Texas. The first three phases of the system are currently operational, however, the construction of the fourth phase, better known as Keystone XL, which is planned to transport oil to the US state of Nebraska, has caused a major uproar on both sides of the border.

The proposed section of the pipeline was twice rejected by the Obama administration, but was backed by Trump, who left office this week.

In September, the US Supreme Court rejected a request from the Trump administration and TC Energy to dismiss a lower court ruling blocking further construction of the pipeline because of a violation related to a water-crossing permit.