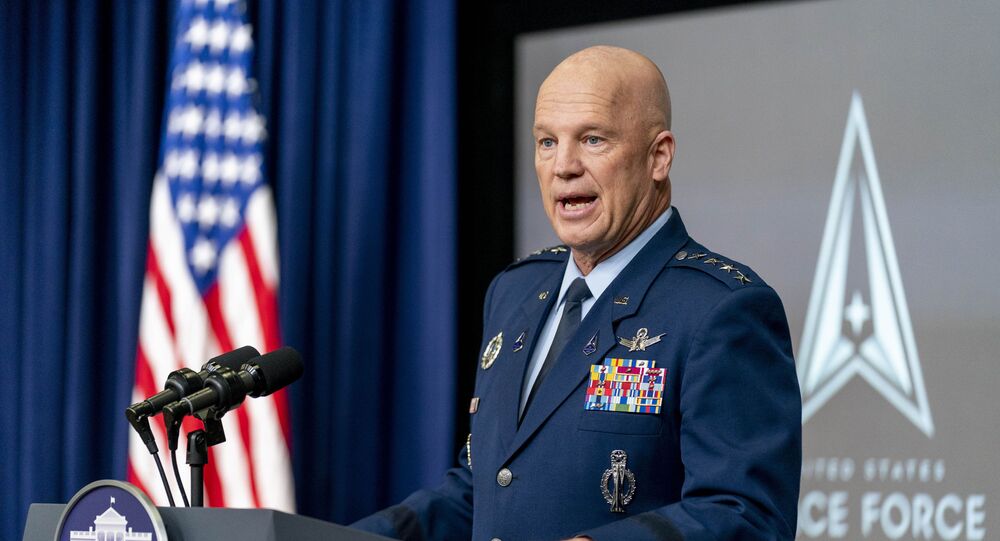 It turns out that Space Force servicemen's title "guardians" is not related to the famous film from the Marvel Universe and (surprise, surprise) its troops are not actually fighting pesky aliens in outer space.

The creation of the Space Force, a new branch of the US military, was far from smooth PR-wise – the initiative, announced by President Donald Trump, was heavily mocked by his many haters, and a recent gaffe by White House Press Secretary Jen Psaki did not help the situation either. And so the chief of the new military branch, General John W. Raymond, agreed to clarify how important the Space Force is and what role it plays.

Speaking on The New York Times' "Sway" podcast, Raymond named the key tasks that his force deals with: building, launching, and operating numerous US satellites, with the most famous of them being the Global Positioning System satellites. These are responsible for GPS navigation, but they are not the only ones that are important, according to the Space Force chief.

The American general said that the importance of space to the US is well-known by its adversaries, who, Raymond claims, are keen to use it to their advantage. Thus the new military branch has an additional role – the protection of these satellites. Raymond claims that potential US adversaries like Russia and China have developed a whole array of means to take American satellites out of commission, starting with the anti-satellite missiles the two countries purportedly have.

"I will tell you, the threat that we’re seeing today is very robust. And it’s everything from reversible jamming of communication satellites and GPS satellites, for example, to directed energy systems. Think lasers that can blind or disrupt our capabilities", the general cautioned.

So, is the Space Force just another US military branch meant to compete with Russia and China? Not entirely. General John Raymond named other responsibilities of the Space Force that also have a positive effect on the world as a whole.

No, it is not fighting aggressive aliens in the outer reaches of the Solar System, as some netizens mockingly claim, pointing to the seemingly bizarre title of the branch's service members - "guardians". According to the general, the new military branch does not do anything like that and the title does not stem from the famous movie "Guardians of the Galaxy", but rather from an old internal name for all members of the space branch of the US Air Force.

© REUTERS / KEVIN LAMARQUE
White House Spokeswoman Doesn't Know, So What is the US Space Force?

Instead, Space Force monitors tens of thousands of space objects flying around the Earth. For example, debris from space launches that is slowly making low Earth orbit difficult to navigate safely. This debris can damage satellites or even the International Space Station, and the Space Force is tasked with tracking such threats, issuing warnings to the owners of the endangered satellites, acting as a kind of "space traffic control for the world", in the general's own words.

The Space Force also cooperates with NASA to find solutions to the potential threat of giant asteroids hitting the Earth, like the one in the famous movie Armageddon. Raymond did not delve into the details of the collaboration, but assured that the Space Force "can help with that".

FloatyBois and Homo Spaciens: Check Out List of 400 Possible Nicknames for US Space Force Members