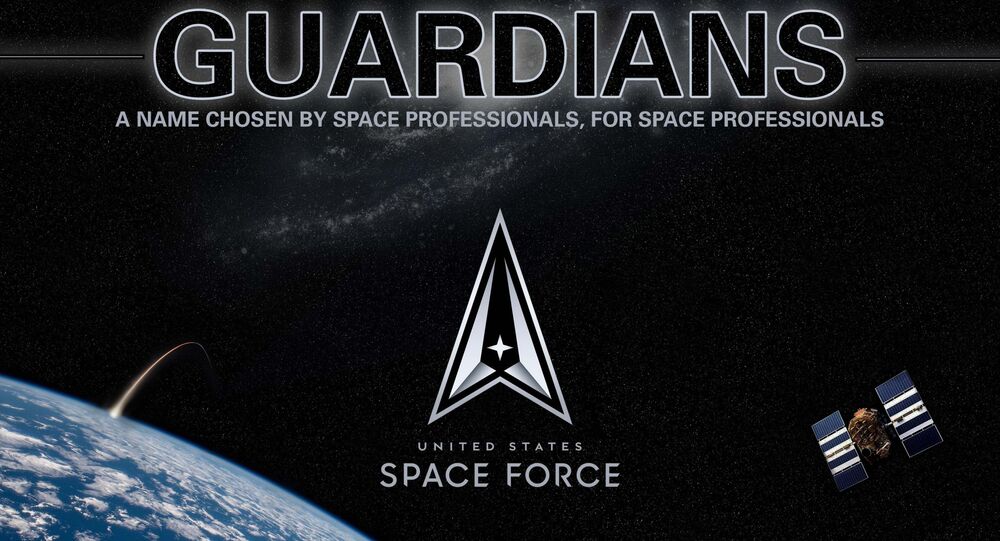 A year of mulling options for what to call the members of America's youngest military branch - the United States Space Force (USSF) - has resulted in a branding apparently inspired by everything that mass culture could come up with relating to adventures in space.

US Vice President Mike Pence on Friday announced the name by which members of the US Space Force will be known, along with its motto. He revealed that the members will be called "Guardians" and the motto will be: "Semper Supra" - "Always Above".

The VP announced the news during a ceremony dedicated to the first anniversary of the establishment of the USSF.

"From the first days of our Administration, President @realDonaldTrump called for American leadership in Space and for the first time in more than 70 years, a new branch of the Armed Forces was added, @SpaceForceDoD!", Pence tweeted Friday. "It was my honor to announce today, that the men and women of the Space Force will be known as GUARDIANS! #SemperSupra"

It was my honor to announce today, that the men and women of the Space Force will be known as GUARDIANS! #SemperSupra 🇺🇸 pic.twitter.com/Wbzmqfy9aJ

​"The opportunity to name a force is a momentous responsibility. Guardians is a name with a long history in space operations, tracing back to the original command motto of Air Force Space Command in 1983, 'Guardians of the High Frontier'", the USSF tweeted. "The name Guardians connects our proud heritage and culture to the important mission we execute 24/7, protecting the people and interest of the US and its allies."

Today, after a yearlong process that produced hundreds of submissions and research involving space professionals and members of the general public, we can finally share with you the name by which we will be known: Guardians. pic.twitter.com/Tmlff4LKW6

​The news immediately rocked social media, with netizens expressing their emotions in a twitterquake of jokes about how the USSF name and branding resembles objects of popular culture, including Marvel's "Guardians of the Galaxy" and "Star Trek".

And, frankly, although people did get the reference, it apparently did not leave them overjoyed.

“You just want to suck the joy out of everything!” ~ Rocket Raccoon. pic.twitter.com/yOPSC9kJgC

It took a year to tape together Star Trek and Guardians of the Galaxy?!?!? This is far more moronic than I originally thought it was.

​"Guardians of the Galaxy" was not the only pop culture product that triggered the flow of mockery. A vast percentage of users flooded the USSF thread with a memeficated phrase from the videogame Destiny 2, along with other references.

Look I think it's kind of silly that you couldn't come up with something more original but whether we wanted it or not, we've stepped into a war with the Cabal on Mars. So let's get to taking out their command, one by one. Valus Ta'aurc. From what I can gather, he commands the...

Whether we wanted it or not, we've stepped into a war with the Cabal on Mars. So let's get to taking out their command, one by one. Valus Ta'aurc. From what I can gather he commands the Siege Dancers from an Imperial Land Tank outside of Rubicon. He's well protected, but with the pic.twitter.com/I1MPESgCtS

​One user joked about receiving a subclass, referring to the game's "hunters", "warlocks" and "titans".

​Other enjoyed several fandoms of space-related pop culture products feasting in the thread. How many can you recognize?

They realized there were "some issues" with their first name choice: pic.twitter.com/NW7BtncfqP

It was nice of the USA to create a whole new branch of the military just for cosplayers.

I'll miss you when you're gone.

The ​US Space Force was established as an independent military branch on 20 December, 2019.