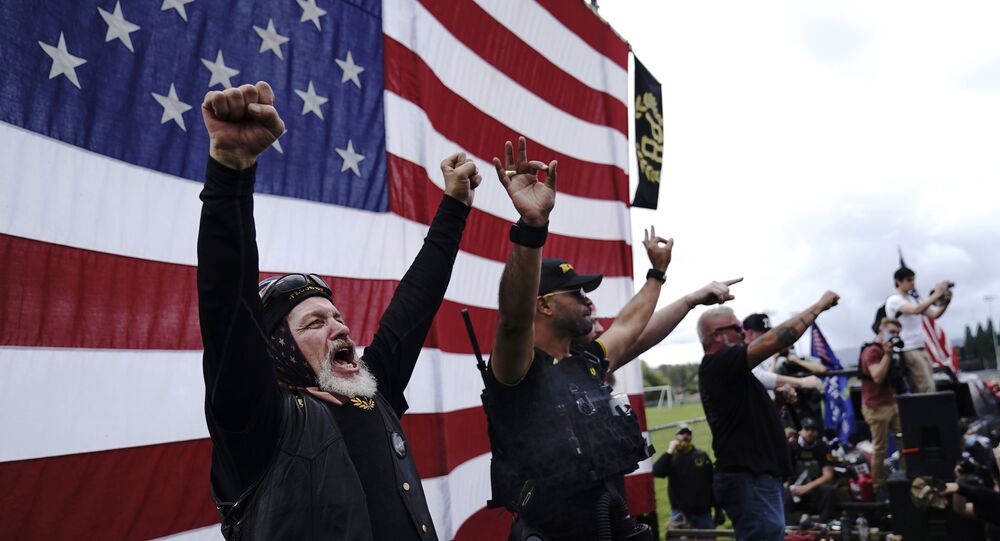 The administration of the ex-president, Donald Trump, earlier attempted to add the left-wing Antifa movement to a domestic terrorist list and bar its members from entering the US, referring to "violence instigated and carried out by Antifa and other similar groups in connection with the rioting" during anti-racism protests in 2020.

In his letter to US Secretary of State Anthony Blinken, Gottheimer requested that designating the entities as domestic terrorists would help “to prosecute, financially counter and defeat these groups.”

"Whether it’s from the right, like the Oath Keepers, or the groups inspired by the radical ideology on the extreme left — they’re all justifying violence against their opponents", the Democratic Representative stated.

With this designation, our law enforcement & intel community will have more tools to fight back. pic.twitter.com/C70vgSbO3V

​The suggestion comes after people identified as Proud Boys members were spotted among the violent mob of Trump supporters that stormed the US Capitol on 6 January. Several members of the group have been indicted on federal conspiracy charges following their arrest after the deadly Capitol siege.

On 3 February, the male-only Proud Boys group for self-described "western chauvinists" was designated a terrorist entity in Canada, which is currently the only country in the world to name the group as terrorists.

The organisation denies being "alt-right", insisting, instead that they are defending against what they refer to as “anti-political correctness” and “anti-white guilt”.

Earlier in January, Trump unsuccessfully proposed designating Antifa as terrorist organisation, falling in line with his intention to do so since 2020. The ex-president slammed the group for "violence" during protests against racism and police brutality that engulfed the US and the world in 2020.

“The violence spurred on by Antifa — such as hurling projectiles and incendiary devices at police, burning vehicles, and violently confronting police in defiance of local curfews — is dangerous to human life and to the fabric of our Nation,” said the memorandum rolled out by Trump in January.